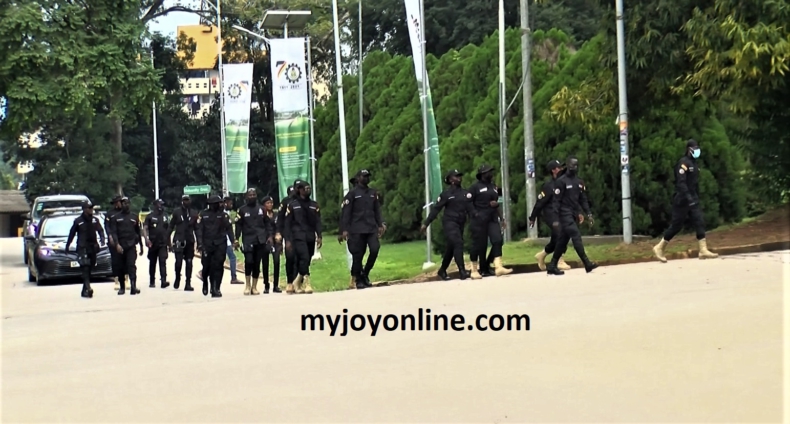 Two persons arrested in connection with the disturbances at the Kwame Nkrumah University of Science and Technology (KNUST) in Kumasi, have again, been remanded into police custody by the Asokore-Mampong District court.

The two, Daniel Osei Bonsu and Francis Atuahene, will reappear before the court presided by Mr. Samuel Quansah, on September 19, 2022.

The suspects, slapped with four charges of conspiracy to commit crime, rioting with offensive weapons, causing unlawful damage, and causing unlawful harm were first remanded into custody by the court on August 24, 2022.

Assistant Commissioner of Police (ACP) Mr. Kofi Blagodzi, Head of Legal and Prosecutions at the Ashanti Regional Police Command, told the court that the police needed more time to continue with investigations into the case.

He said the suspects could obstruct investigations if they were granted bail.

Lead counsel for the suspects, Mr. William Asamoah Sarpong, pleaded with the court to grant the suspects, one of them a student and the other a worker, bail since their continuous detention could affect them.

However, the court denied them bail and asked them to reappear on September 19, 2022, for the trial to continue.

The two suspects were among a group of students who clashed on the university campus during the hall week celebration of the University Hall.

The confrontation led to the destruction of many properties, including vehicles at the Unity Hall of residence of the KNUST, and injuries to some of the students.

DISCLAIMER: The Views, Comments, Opinions, Contributions and Statements made by Readers and Contributors on this platform do not necessarily represent the views or policy of Multimedia Group Limited.
Tags:
KNUST
Kwame Nkrumah University of Science and Technology