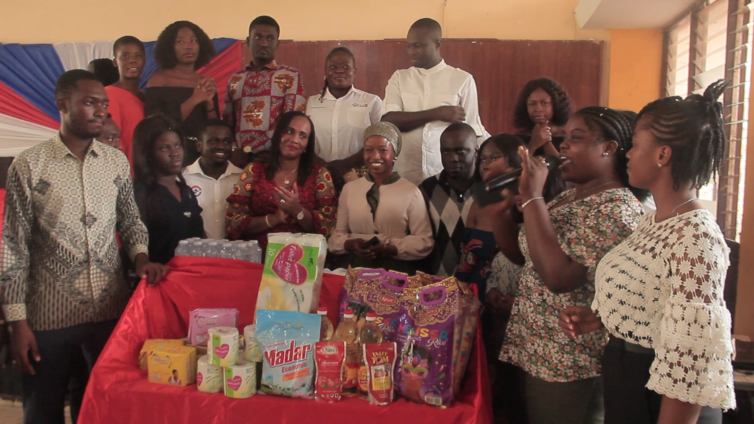 According to the political group, the initiative aims to alleviate suffering among vulnerable students, particularly university members.

The Women’s Commissioner (WOCOM), Saeeda Abubakari, stated that since taking office, there have been numerous requests from students for assistance, including food and sanitary pads, necessitating the establishment of the project.

“I get complaints day in and day out, almost every week. People text me sometimes around 10 pm. Someone will text me, ‘WOCOM I’ve not eaten, any little thing’,” she lamented.

She said some students even make genuine financial requests that got them thinking about how little they could do to help them.

Saeeda also stated that, while the government is assisting the association, it is not enough to properly cater to members.

She also indicated that if more funds are raised through the project, many university students will breathe a sigh of relief.

“The government is doing well, but it is not enough, which is why we are bringing this on board to supplement what the government is already doing. For me, I believe this will be extremely beneficial because, as we approach the start of exams next week, most people are in serious financial distress, their food supplies are depleted, and I believe that bringing this on board will aid in the resolution of numerous issues,” she pointed out.

Saeeda urged government agencies and charitable organizations to come out and support the project in order to assist many vulnerable students.

Deputy General Secretary of the New Patriotic Party (NPP), Dr. Antoinette Tsiboe-Darko, who presented a seed capital of GHC2,000.00 to support the project, urged the association to work together to achieve their goals.

She urged women to take on leadership roles in order to end male dominance in the country.

According to Dr. Tsiboe-Darko, increased awareness creation is needed for women to realize that leadership is not just for men and that they should be prepared to lead if given the opportunity.

Some members of the political group have also expressed excitement about the project, stating that it will not only benefit vulnerable students but also students with disabilities.

DISCLAIMER: The Views, Comments, Opinions, Contributions and Statements made by Readers and Contributors on this platform do not necessarily represent the views or policy of Multimedia Group Limited.
Tags:
KNUST
needy students
Sanitary and Food Bank
TESCON