Kofi Annan: No one and no country will escape the impact of climate change 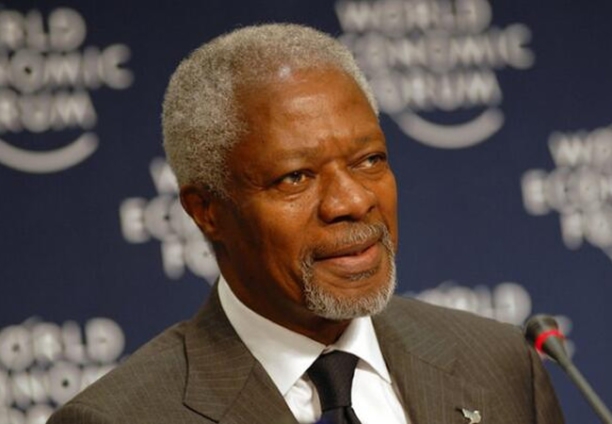 Kofi Annan, Chair of The Elders and former UN Secretary-General, has made a united call for climate change in a Washington Post op-ed, where he calls for leaders to drive renewable energies, set an internationally agreed price for carbon and a secure a universal, legally binding climate deal at COP21 next year.

In his article, Kofi Annan first highlights the urgency to tackle climate change, specifically in the context of the Elders' legacy.

He writes: "When Nelson Mandela formed the Elders in 2007 to promote peace and human rights across the world, he challenged us to be bold and to give a voice to those who have none. No issue demands these qualities more than our collective failure to tackle climate change. Climate change is the biggest challenge of our time. It threatens the well-being of hundreds of millions of people today and many billions more in the future. It undermines the human rights to food, water, health and shelter — causes for which we, as Elders, have fought all our lives. No one and no country will escape the impact of climate change."

Drawing on the latest IPCC report and recent extreme weather events, he then suggests key climate solutions such as advancing clean energy and putting a price on carbon: "The costs are already enormous, which is why the World Bank, the International Monetary Fund and the International Energy Agency have joined the scientific community in warning about the risks. It is no longer only environmentalists who are ringing alarm bells. […]

"What is needed to prevent this catastrophe has been established. Global temperature rises must be limited to less than 2 degrees Celsius above pre-industrial levels. This means turning away from fossil fuels andaccelerating the deployment of affordable renewable energies, for instance by setting an internationally agreedprice for carbon. The way forward must be to meet the timetable for a robust, universal and legally binding agreement on climate change next year, under which every country commits to phasing down greenhouse gas emissions."

Korfi Annan also spotlights the upcoming Climate Leaders Summit in September as a critical moment when leaders must use their influence to trigger global action: "This is a decisive year. The United Nations secretary general has called for a climate summit in New York in September. It is imperative that governments and corporate leaders come to this summit committed to ambitious actions on the climate if we are to stand a chance to reach an agreement in 2015 commensurate with the challenge. Many of the Elders have shouldered the burden of government. We do not make the mistake of believing that addressing climate change is easy. But we know that there are times when, no matter how difficult the immediate landscape, leaders must show courage and boldness. This is such a time. Our experience has also taught us that if leaders make the right decisions for the right reasons, their voters will support them. By raising their sights — and shrugging off the restraints imposed by vested interests and short-term political considerations — they can also inspire hope, rebuild trust and mobilize action across society."

Concluding his op-ed, Kofi Annan writes about the juncture the world and its leaders have now arrived at, and how the low carbon opportunity of climate change must be secured.

He writes: "In one direction, a terrible legacy could be handed to our grandchildren and their children. In the other is the opportunity to set our world on the first steps toward a fairer and sustainable future. No one wants the generations to come to say that we failed them. Over the coming months, the Elders will appeal for bold leadership from governments, businesses and citizens to achieve a carbon-neutral world by 2050. If ever there were a cause which should unite us all, old or young, rich or poor, climate change must be it."