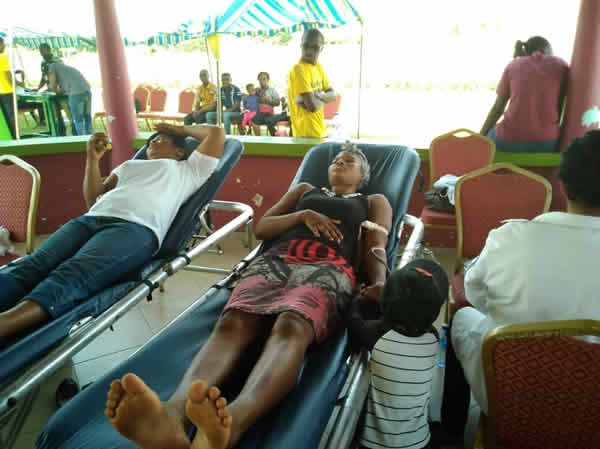 The pastor who leads the ICGC Jesus Temple in Koforidua and is in charge of Eastern and Volta Regional branches of the church bemoaned deaths caused by lack of blood.

According to him, blood donors always renew or restart their system anytime they donate, making donors look fresh all the time.

The Pastor was speaking at a blood donation exercise in Koforidua as part of activities to commemorate the 35th anniversary of the International Central Gospel Church.

He said the exercise is the part of the church’s social consciousness in giving back to society.