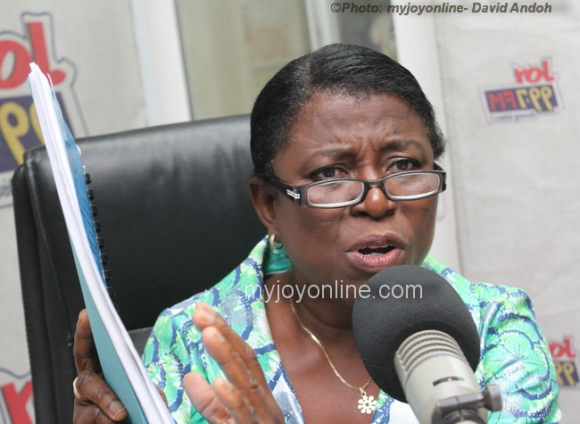 Director of Pharmacy at the Korle-Bu Teaching Hospital is accusing the Board members of the hospital of scheming to block her chances of heading the institution.

Mrs. Elzabeth Bruce claims the current board led by Mr. Eddie Annan, is “unwilling” to work with her hence the decision to sidestep her to appoint Rev. Albert Okpoti Botchwey as acting CEO of the hospital.

According to Mrs. Bruce, she was next in line as acting Chief Executive for the hospital following the exit of former CEO, Prof. Afua Hesse, per the Act establishing the facility.

Tension has been brewing for a couple of months now between staff of the Pharmacy Department and the Board of Directors, following their resistance to a directive from management seeking to take over the purchasing of drugs from the pharmacists.

The workers on Tuesday locked the Pharmacy to protest another directive ordering three staff members- Stephen Corquaye, Raymond Tetteh and Eric Kyei – all union leaders, to proceed on compulsory leave.

The directive contained in a letter signed by Board Chairman Eddie Annan, is to allow for forensic audit to be conducted at the department.

But speaking on the Super Monring Show on Joy FM, Wednesday, Mrs. Elizabeth Bruce explained that their resistance to the audit was because, the scope within which the audit was to be conducted was not properly communicated to her outfit.

“Our resistance was on the scope that we wanted to know exactly what was going on,” she said.

“I can say that this exercise is just a target to get rid of the director of pharmacy [me]…and it started about two years ago…This is when all my problems started…and it is not fair,” the Head of Pharmacy lamented.

She added: “It is not fair on my department…we may have erred in a few ways but [it]  is not to this extent that [for them] to be disgracing us”.