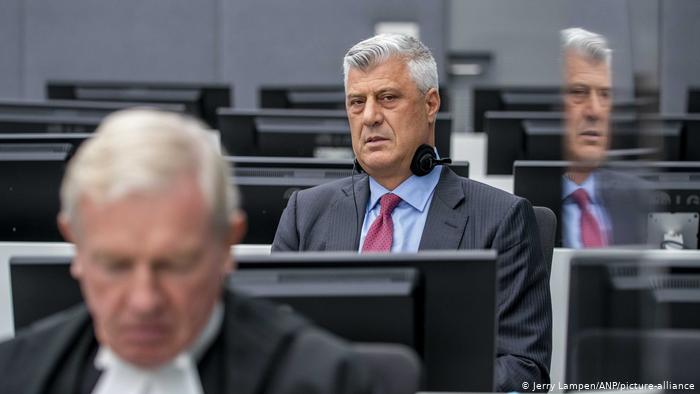 The man who oversaw Kosovo’s quest for independence has appeared in court for the first time on war crime charges. Thaci, who quit as president abruptly last week, pleaded not guilty.

Wearing a grey suit and red tie for the hearing in the Netherlands, Thaci told the judge: “Your honor, the indictment is completely without basis and I plead not guilty.”

A leading guerilla during the 1990s conflict with Serbia, Thaci, 52, stepped down from his role as president of the partially-recognized state last Thursday in order to face the charges. He subsequently flew to the Netherlands where he was placed in the detention center of the Kosovo Specialist Chambers (KSC).

Thaci was the political chief of the rebel Kosovo Liberation Army (KLA), an ethnic Albanian group which battled Serb forces for the independence of the southern province in a war that claimed more than 13,000 lives.

Three others, as well as Thaci, have been charged with war crimes and crimes against humanity. The charge sheet includes murder, torture, illegal detention, enforced disappearances and persecution, all of which allegedly occurred under Thaci’s watch in 1998 and 1999.

The indictment accuses the quartet of “a widespread or systematic attack against the civilian population,” including those believed to be collaborating with Serb forces, or not cooperating with the KLA.