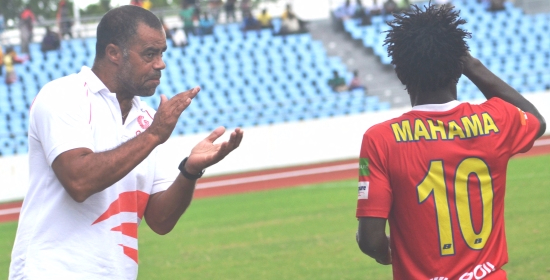 Head coach of Asante Kotoko, Steven Polack says he is going to be setting out his team to wrestle nothing but a victory from Accra Hearts of Oak when they meet on Sunday for this season’s MTN FA Cup final in Tamale.

The Porcupine Warriors set up a date with their territorial arch-rivals after seeing off a challenge by Medeama SC in the semifinals of the competition earlier this month.

After failing to land the league title, the Englishman wants to give his all to clinch the Cup competition at the expense of Hearts of Oak.

''I don't think I'm going to be a failure on Sunday. With the attitude of the players and at training, we'll go for a win,'' Pollack said a press conference on Wednesday in Kumasi.

''As a coach, I'm happy to put them in a position to score but at the end of the day, you either know how to score or don't know how to.

''It hasn't been one of the best seasons but we're going to finish on a high and that means going all out to win [the FA Cup].

''Whether or not we're underdogs makes no difference to me. I'm here to innovate and motivate the players.

''The condition of the players is very good – physically and mentally. But we still have 3 or 4 more training before the final.''

Kotoko are chasing their ninth FA Cup trophy with their last in 2014 when they beat Inter Allies 2-1 at the Accra Sports Stadium.