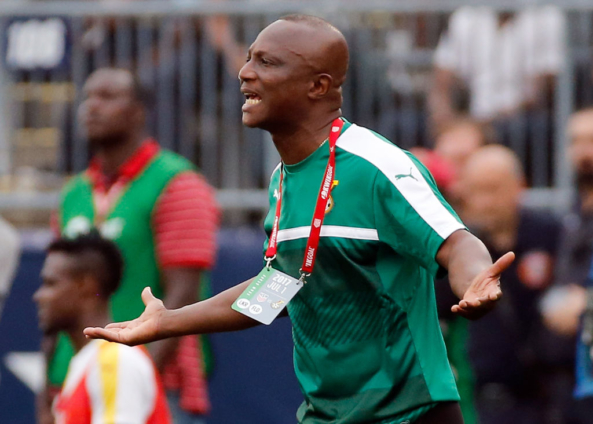 Former Black Stars coach James Kwesi Appiah has been touted by Joy Sports as a candidate for the head coach role at Asante Kotoko after they sacked Maxwell Konadu.

Konadu, who was serving his second term at the club, received his marching orders after the Porcupine Warriors suffered a 1-0 defeat to Great Olympics on Thursday.

Johnson Smith, the assistant to Maxwell Konadu, has been put in charge in an interim basis until a new one is found.

Kwesi Appiah, 60, served as an assistant coach in the Black Stars from 2007-2012. He was promoted to the head coach role in 2012 and helped the national team qualify for the 2014 FIFA World Cup.

Eventually, the Black Stars were knocked out of the group stages in Brazil and left his position in September 2014.

Appiah spent three years in Sudan with Al Khartoum before making a return to the Black Stars to serve as head coach for the second time.

He was relieved of his duties in January 2020 and was subsequently replaced by Charles Kwablan Akonnor. He has been unattached ever since.

Also, Kotoko will be looking at bringing Ibrahim Tanko on board. The former Borussia Dortmund striker currently manages the Black Stars ‘B’ team. He led the Black Meteors to fourth place in the 2019 U23 Africa Cup of Nations.

Ignatius Osei Kofi serves as an attractive local option for the club. Osei has expressed his eagerness to manage the side in the recent past. He currently manages Techiman Eleven Wonders who are currently 7th on the league log.

Another candidate in the mix is Annor Walker who currently manages Great Olympics. Walker has led the Oly Dade boys to two victories so far this season. They are currently 5th on the league table after playing four matches.

Kotoko could also explore the option of appointing a foreigner as they have done in the past.