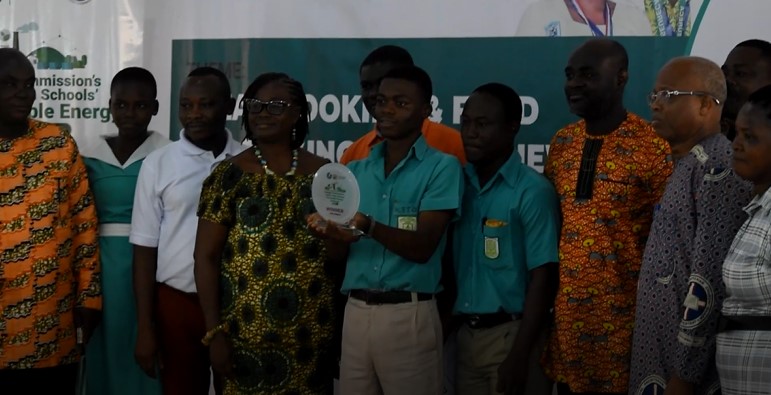 The school beat competition from 6 senior high schools with its prototype solar dehydrators designed to preserve vegetables and fruits.

They would participate in a zonal competition to win a spot in the national contest for the ultimate price.

The Energy Commission initiated a quest to promote technology engineering and mathematics in senior high schools some three years ago.

The initiative aims at improving research and development in senior high schools as well as help students to put what they have been taught into practice.

Senior Manager of the Energy Commission and Project Coordinator, Julius Nkansah Nyarko, explained the purpose of the contest.

“We want to shift from the chew, poor and pass phenomenon where we have our students just learning the theoretical aspect of the subject in the classroom to the state where they practicalise these theories that they have learned and also to implement them,” he said.

As part of the contest, seven schools in the Volta Region presented prototype models for using renewable energy to process, preserve and cook food.

The participants added a mechanism to convert energy for use when the sun is down.

Keta Senior High School presented a machine that produces energy through footstep. It however could not garner enough points for the ultimate price.

A food preservation system designed to use solar dehydrators to process fruits and vegetables by the Kpedze senior high school was adjudged the best project.

Mr. Nyarko was enthused by the level of knowledge exhibited by the contesting schools.

“I believe that they all did very well. Between the second and first school was a point differential of I think about 0.3 and that tells you how keenly contested this challenge has been. This product will be sold unto the market after it has been fully developed and monies will be made from it,” he added.