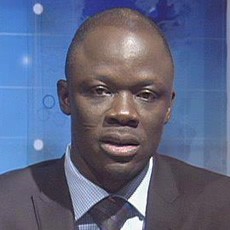 A legal practitioner, Samson Lardy Ayenini has expressed surprise at the Supreme Court directive for an independent audit of the pink sheets tendered in court as evidence by the petitioners.

He said based on best practices, the case should have been deferred to the court registry where the pink sheets were filed to settle the matter.

The contentious issue about the total number of pink sheet exhibits came up after counsel for the third Respondent, in the ongoing Presidential Election Petition, Tsatsu Tsikata claimed their exhibits is not up to the 11, 842 the petitioners claimed to have filed in court.

But Samson Lardy Ayenini believes the decision to appoint an independent referee to count the pink sheets will not achieve its intended purpose.

He said the only way out to settle the pink sheets brouhaha was for the court to order both parties to provide their proof of service from the registry.

“From what I know, if you are filing a process in court as a party; you file it at the registry and pay for the service to be done. [Therefore] when the opposing party has an issue with the service and claims he has not been served, he simply has to do the search in the registry that will reveal what has been put at the registry”.

He added that “if the opposing party is still not convinced about the search, he would have to have the registrar called to demonstrate through the bailiffs served to prove his [opposing party’s] case”.

Samson Lardy Ayenini stated emphatically that the audit by KPMG cannot show the number of pink sheets filed by the petitioners at the court registry and the number respondents received.