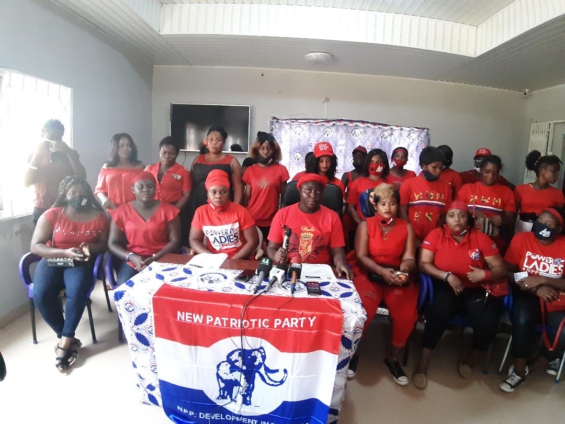 The New Patriotic Party (NPP) Kpone-Katamanso Constituency Maidens have given the government a 48-hour ultimatum to terminate the appointment of their Municipal Chief Executive.

According to the maidens, the failure of the government to remove the MCE from office, Mr. Solomon Appiah, would result in a series of demonstrations and withdrawal of their support for the party.

Secretary of the Kpone-Katamanso NPP Maidens, Miss Theodosia Appiah, announced this on Thursday at a press conference.

“We are by this statement adding to the voices of all other well meaning patriots of this constituency that Solomon Appiah must be sacked immediately for his diabolical and sinister agenda, since it has the magnitude to derail our progress going into future elections in the constituency”, they said.

They accused the MCE of not supporting the campaign of the party’s 2020 parliamentary candidate, Mr Hopeson Adorye, leading to the party’s defeat in the just ended elections.

On a media exchange between Mr Adorye and Mr Appiah on a show on an Accra based fm station, they said it was not true that the parliamentary candidate opted for a funfair campaign strategy.

“We want to state categorically without any ambiguity that Kpone-Katamanso used the door to door strategy of campaign.

“We are asking the good people of this country to dispel from their minds such as untoward and unsubstantiated statements,” she said.

They added that Mr Adorye campaigned with indigenes of Kpone-Katamanso, indicating that the locals were the people who voted for him.

“Solomon Appiah, the so called ‘aliens’ you saw on the campaign trail are actually party faithfuls from this very constituency, Kpone-Katamanso, “they said.