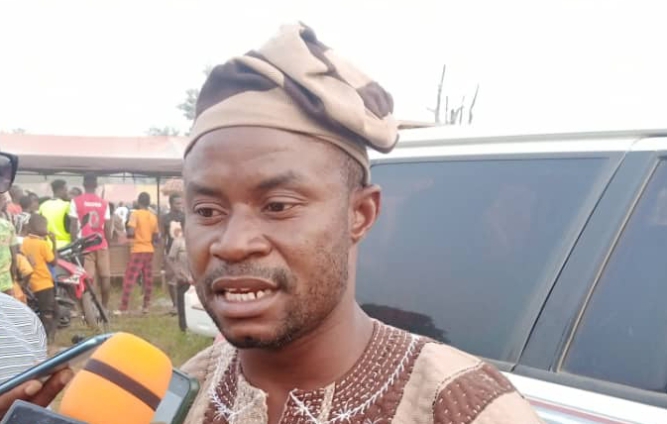 The Municipal Chief Executive (MCE) for Krachi East in the Oti Region, Francis Kofi Okesu, has been found dead in a hotel room in Kumasi.

Police found his body in a supine position in bed naked with his left arm hanging beside the bed on Sunday.

A careful examination of the body by health professionals found no marks of violence.

Luv News checks revealed that the deceased had checked into the hotel late on Friday, September 2 with his driver, Sylvester Attah.

The driver, however, left to lodge in a different hotel.

Mr Kofi Okesu had not been seen since he checked into the hotel and efforts to reach him proved futile.

Investigations established that Mr Attah could also not reach him on the scheduled day of return to Dambai on Sunday, September 4.

An official complaint was lodged with the Police by the Manager of the said hotel in Kumasi.

Subsequently, the Police broke into his room only to find the dead body of Mr Okesu.

The Regional Crime Scene team of the police proceeded to the crime scene to begin investigations into what could have led to his death.

Police sources say they have conducted a search of the room but have found nothing incriminating so far.

The Ashanti Regional Minister, Simon Osei Mensah, Municipal Chief Executive of Oforikrom, Abraham Antwi, and other security operatives have been to the scene.

The body has been deposited at the Komfo Anokye Teaching Hospital mortuary for preservation and autopsy.

DISCLAIMER: The Views, Comments, Opinions, Contributions and Statements made by Readers and Contributors on this platform do not necessarily represent the views or policy of Multimedia Group Limited.
Tags:
Death
Francis Kofi Okesu
Hotel
Krachi East MCE