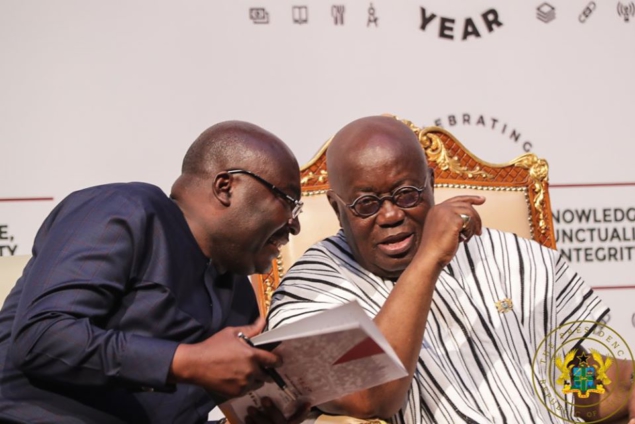 Organisers of the ‘Kume Preko Reloaded’ demonstration say they have started collecting signatures to petition Parliament for the impeachment of President Akufo-Addo and his vice, Dr Mahamudu Bawumia.

They also want Parliament to finalise processes towards the removal of the Finance Minister, Ken Ofori-Atta.

This has become incumbent over what they have described as a worsening economic situation in the country.

Hundreds of Ghanaians were on the streets of Accra last Saturday, urging the three to resign latest by Wednesday, November 9, 2022.

With less than 24 hours to the day, and no sign of any resignations, the organisers of the demonstration say they will officially petition the President to step down and also present a signed petition to Parliament for the three to be impeached.

Lead convener and private legal practitioner, Martin Kpebu, says he is optimistic of getting thousands of signees.

“We’ve put together an online petition that we’ve invited citizens to sign up to; that is to say that they want the president and the vice to resign. That petition is gaining traction, many of our fellow citizens have signed up.”

“So, we will be drawing more attention to it so that thousands and possibly millions of our fellow citizens would sign up then we would present same to Parliament,” Martin Kpebu said.

Meanwhile, he has hinted at holding similar protests in other regions of the country.

Martin Kpebu who was speaking on Joy FM’s Super Morning Show explained that this will give the populace across the country the opportunity to express their frustration towards the Akufo-Addo government.

He insisted that the incumbent government has mismanaged the economy, thus, Mr Akufo-Addo must resign for the citizenry to vote for a more competent person to manage the affairs of the state.

“We are still debriefing, it is quite a process. We’ll have other meetings to analyze but even before we were done with this one, we had received invitations from people in Kumasi, Takoradi, and even Tamale to come.

DISCLAIMER: The Views, Comments, Opinions, Contributions and Statements made by Readers and Contributors on this platform do not necessarily represent the views or policy of Multimedia Group Limited.
Tags:
Dr Mahamudu Bawumia
Ku Me Preko
Kume Preko
Martin Kpebu
President Akufo-Addo