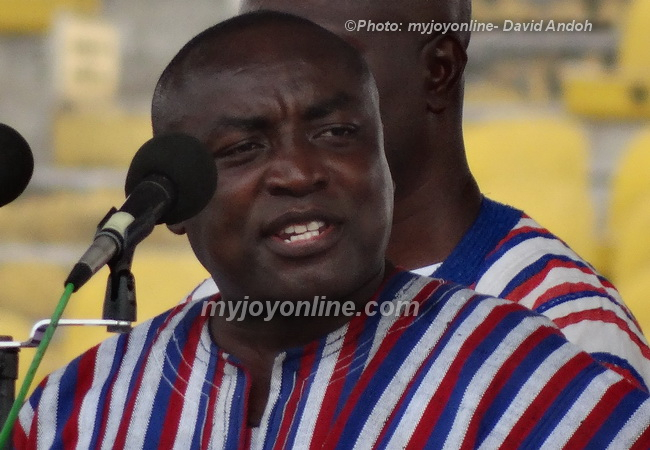 I actually didn’t want to write an article on the current predicament in the NPP following the callous murder of my good brother and friend, Chairman Adams of Bolga.

I am compelled to write in view of an interview Kwabena Agyepong gave when it was speculated in the media that he had resigned as General Secretary of the NPP on Joy News at 6pm on May 26th 2015.

The man missed an excellent opportunity to calm down the tension within his party. He didn’t have to communicate the way he did at a time a Regional Chairman of his party was murdered when there was a seeming feud between them.

He could have said he regrets the current happenings in the party and appreciates the many calls for him and Mr Paul Afoko to resign.

He could have further sympathised with the children and family of the late Chairman and pledge his support for the family the best way that he can.

He could have called on the police to speed up investigations into the murder and politely say he did not resign. He could have added that he was ready and willing to abide by any constitutional procedure inside and outside the party at any given time.

This would have been perfect. It was palpably wrong for Kwabena to accuse his own party directly of being behind the resignation letter.

It was wrong on his part to label the various calls on them from the various Regions as illegal and unconstitutional. The other things he said were all wrong to say during a crisis. There is a way and form to communicate during crises and Kwabena missed it big time.

Mr. General Secretary, it is a worrying phenomenon to have the mandate of the people but cannot go to your party Headquarters to exercise that mandate.

You don’t have to take it as a child’s play when the Council of Elders of your party and the Minority MPs are asking you to resign. It is not a funny situation at all.

You are better off not fighting almost everybody in the media. The only official and legal place you can exercise your emphatic mandate is the party office not Joy Fm or the media.

You are aware I supported your contest for the position of General Secretary by doing articles on why it must be Kwabena Agyepong for General Secretary as my widow’s mite to your campaign. Your vision for the party was good on paper but your approach to crisis is both unprofessional, chaotic and arrogance-laced.

There is no way you can fight everyone but yourself in NPP. It is obvious at this stage that you cannot function effectively in the midst of the various emphatic calls on you and chairman Afoko to resign.

It will do you and Chairman Afoko a lot of good if you were to heed to the many calls from your own party people to resign. Stop the struggle to seek refuge in both the constitution of the NPP and even the National constitution. Political smartness is key in times like this. Things don’t look good for you and chairman Afoko at this stage. My humble suggestion is that don’t wait to be eventually pushed away in a shameful manner.

I am done. You can tell a sick horse by the look and a word to the wise is enough.