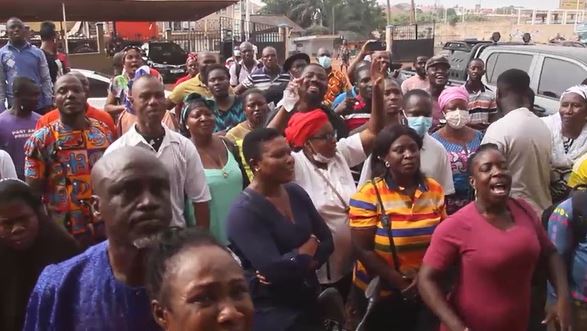 Some members of the governing New Patriotic Party (NPP) in the Kwadaso Constituency have obtained an injunction to prevent the party from holding polling station election in the constituency.

The plaintiffs, Abu Mahama and Kofi Abrefa, also urged the court to annul the recent election and allow for fresh polls to be conducted.

They say the exercise was marred by violations of the party’s constitution.

The NPP supporters in the Kwadaso Constituency have witnessed series of agitation in the past weeks.

Frustrated members accused the party’s leadership of plans to deny them the opportunity to contest the polling station election.

Two of the aggrieved members subsequently took legal action against the party.

The Kwadaso constituency executives who received the writ have declined to comment on the matter.

A Kumasi High Court has set April 4, 2022, to begin sitting on the matter.