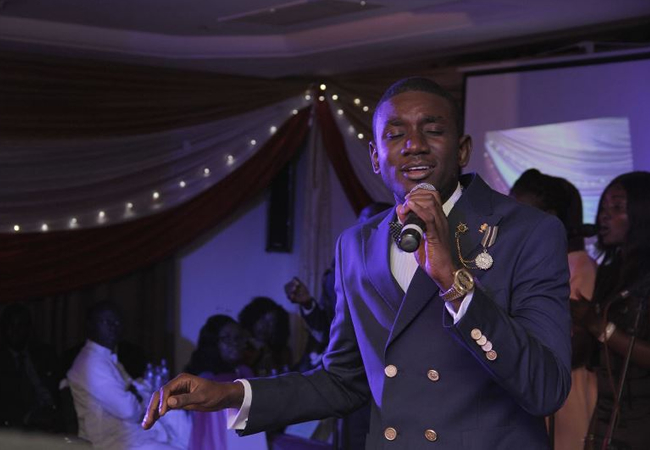 Gospel artiste, Nobel Nketsiah, has revealed that some secular artistes advised him to pursue secular music back in the day because of his silky voice.

He revealed that musicians like highlife artiste Lucky Mensah, hiplife artistes- Kwadee and Kontihene -all tried to pursue him to venture into secular music.

According to Nobel Nketsiah, even though they tried, he never fell for the pressure to go secular because he was resolute in his decision to give hope to people.

In a conversation with JoyNews’ MzGee, on the state of gospel music in Ghana, Nobel Nketsiah said he pursued gospel music to give back to God.

“I could have done secular music if I wanted to because I have the voice to do it. If I want to do R&B, I can do that but I choose to do gospel. I remember very well when I was recording my first album, there were people like Kwadee, Kontihene, Lucky Mensah, Dilute and all those young guys [were] doing secular and making it very big,” he said.

“I remember when I go to the studio and they hear me singing, they will say, 'you have such an amazing voice, this one when you do secular music, you will sell' but I remembered the house I was coming from,” Nobel Nketsiah added.

He claims that gospel musicians of today have watered-down God’s calling for their personal gain.

“Some of us when we started in 2000, I used to listen to people like Daughters of Glorious, Tagoe Sisters, Amy Newman, Esther Amoako, Akosua Serwaa Bonsu, Rev Mary Ghansah, Nana Yaw Asare, lots of them, you listen to them and get lots of inspiration for your soul, they give you hope and it’s because they devoted themselves and allowed God to use them to be blessings to some of us,” he said.

The musician explained that “In recent times, it more like how I can do to get to the top, how much I can do to be heard, what I can do to follow the trend, how I can get more money and shows, forgetting that we have a calling.”

Nobel also shared his views on collaborations between secular and gospel artistes.

“It’s either you are hot or cold. What are you endorsing? What am I known for? When you pick a Noble Nketsiah CD, what do you expect to hear? Why should I give you room to doubt what you hear” he said questioning the rationale behind such collaborations.

Noble Nketsiah, who was on a hiatus from music, is back with a new single titled ‘Meto’ meaning ‘I Will Sing’.