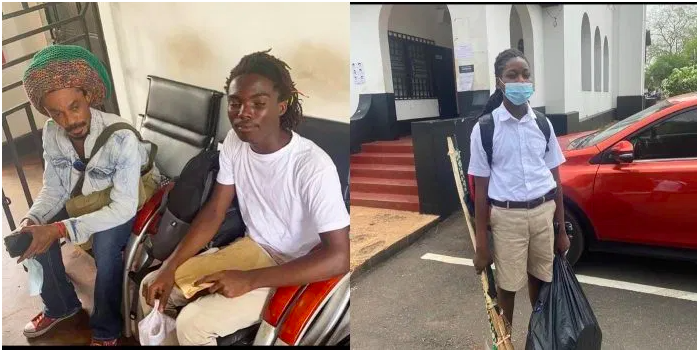 Mid March 2021, Ghanaians woke up to cacophonous discussions in the media about two fresh students allegedly denied admission into Achimota School. In the midst of this cacophony, TV3 carried a news item to the effect that an official of the Ghana Education Service (GES), who wanted to be anonymous, directed the Management of Achimota School to admit the two students. I was taken aback why the said GES official, if he/she believed the directive was in the right direction, elected to be anonymous.

This directive by the anonymous GES official was later followed by a publication in one daily newspaper that the Director-General of the GES had officially directed Achimota School to “admit” the Rastafarians.
NAGRAT took a strong objection to the GES directive.

One of such rules of course is for all students to ensure that their hair is trimmed low and well kept. It was at that point that the Rastafarian parents went berserk and openly threatened to go on Facebook to embarrass the School Management and cause public disaffection for them.

It also emerged that the Achimota Old Students backed the School Management in enforcing the school rules and questioned the GES for sidestepping the School’s Board of Governors.

To the dismay of the Ghanaian public, GES backtracked on its earlier directive to Achimota School. This was after a reported engagement with the school management at the GES headquarters. This new directive pushed the Rastafarian issue to another level,and further escalated the controversy. The GES would have saved itself from embarrassment and public ridicule if it had visited Achimota School, or invited the Headmistress to Headquarters for discussion to understand the issues before issuing the first directive.

This confusion reached a crescendo when two past Directors General of the GES, Mr Michael Nsowah and Mr Charles Aheto-Tsegah locked horns on JOY FM, virtually disagreeing with each other on the issue. While the former endorsed the action of Achimota School in enforcing its rules, the latter questioned the school authorities for their action and challenged them to produce any school rule that specifically bars people with dreadlocks from being offered admission into the school. What a pathetic situation? What a confusion?

What signal was the past GES Directors General sending to teachers, Heads of School and the general public, if they could openly disagree on such an important issue? What confidence was the GES Management inspiring in the Ghanaian public, when it had to backtrack on its earlier directive, with the flimsy excuse that the earlier directive to Achimota School to “admit” the Rastafarian boys was only meant to calm down tempers?

This lame explanation is similar to that of the former CID boss saying on national television that she knew where the kidnapped Takoradi girls were just to give assurance to their parents when she actually did not know their whereabouts. Let our leaders inspire confidence in us. If they are not sure of issues concerning the organizations they head, we expect them to keep calm, seek for the facts before coming out to speak.

One argument being forcefully pushed by believers in the admission of the Rastafarian boys to Achimota School with their dreadlocks is that, it is their constitutional and religious right. They maintain that Rastafarianism is a religion just as Islam, Christianity and African Traditional Religion taught in schools in Ghana. They claim it is like Hinduism and Judaism practised in other parts of the world. I’m inclined to believe, that sooner than later, LGBTQ people will also transform their belief into a Religion and seek refuge under the Constitution to be allowed to practise “their thing.”
Reference is made to provisons in the 1992 Republican Constitution of Ghana. The most commonly cited are:

I totally agree with NAGRAT, Achimota School, the latter position of the GES and its former Director-General Mr. Michael Nsowah that Achimota School (and indeed any other school) has the right to ensure that its internal rules on conformity and cohesion are complied with by all students who desire to study under its roof.

These rules and traditions build up the schools to standards that make them attractive to candidates and parents to prefer them to other schools. These traditions must be protected for the sanctity, soul, discipline and growth of the schools.

Wesley Girls High School, Holy Child, Achimota, Mfantsipim, Prempeh College, Legon Presec, Aburi Girls, etc, all have traditions developed over the years that make them oversubscribed every year. We need to protect those unique traditions by helping them enforce the rules that have built them up.

The Constitutional references might seem compelling for some people to erroneously believe that anybody has the right to be admitted into public schools in Ghana in any physical form provided he or she can ascribe religion or culture to his/her appearance. Such blind interpretations of the provisions of the Constitution will be a recipe for chaos and anarchy in our schools. Let’s examine these scenarios:

These rules include, but not limited to, dress codes, hair styles and levels, ban on the use of electrical appliances like water heaters and rice cookers, observance of bed times, attendance to school gatherings, etc. These rules and traditions give character to each school and maintain discipline.

For the general public, I pray we appreciate, not only the right of these young ones to education and religious beliefs. Equally important is for us to appreciate the rights of schools to enforce their internal rules just like the Armed Forces and the Courts do. As the NAGRAT President said, enjoyment of these religious and cultural rights, are better realized in an atmosphere of harmony and orderliness.

Let us not, by our actions and utterances, destroy the harmony and discipline in our schools that have helped bring them up to the standards that make them attractive to us to choose for our children.

In conclusion, I sincerely believe that the brouhaha and controversy about Achimota School enforcing its rules are needless.

DISCLAIMER: The Views, Comments, Opinions, Contributions and Statements made by Readers and Contributors on this platform do not necessarily represent the views or policy of Multimedia Group Limited.
Tags:
Achimota School
Dreadlocks
Kwami Alorvi