La Liga: Barcelona one game from glory, Atleti out of title race

Barcelona are just one match away from retaining their Spanish Liga title after thumping city rivals Espanyol 5-0 in the penultimate fixture of the season.

Atletico Madrid were beaten 2-1 at Levante to rule them out of the title race, with Real Madrid hanging on to Barca’s coat tails with a nervy 3-2 win over Valencia at the Santiago Bernabeu.

Zinedine Zidane’s side are just one point behind Luis Enrique’s men heading into the final round of fixtures. Barca never looked troubled by Espanyol at the Camp Nou, with Lionel Messi opening the scoring with a stunning free-kick from distance.

Luis Suarez also found the net twice, with Neymar and Rafinha adding their names to the scoresheet. Enrique’s side now face Granada in the final match of the season, with Real Madrid making the trip north to face Deportivo La Coruna.

The Liga season is going the distance and Spain’s predominant rivals are going toe-to-toe for the biggest prize. Barca need only to equal Real Madrid's result on the final day to retain their trophy. Even a defeat will be enough if Real Madrid draw, thanks to Barca's superior head-to-head record. 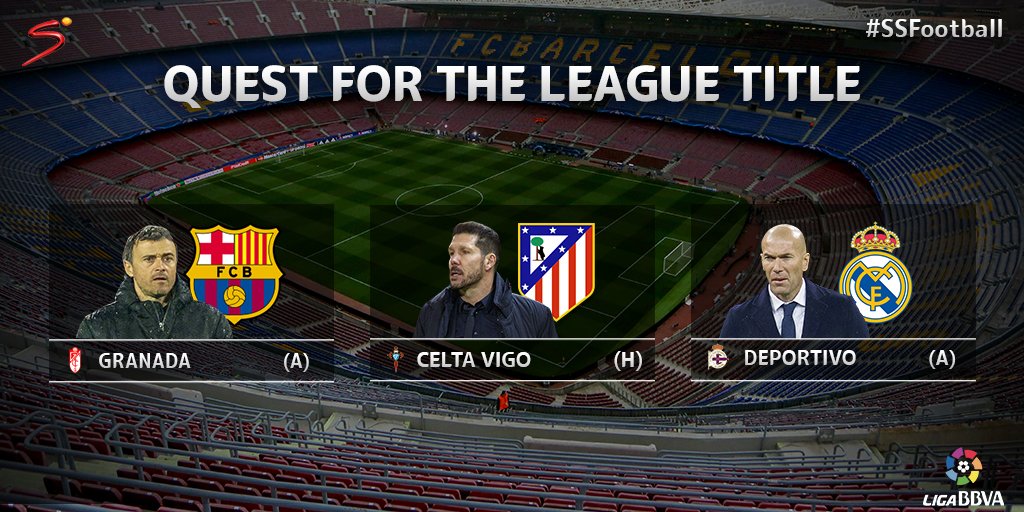