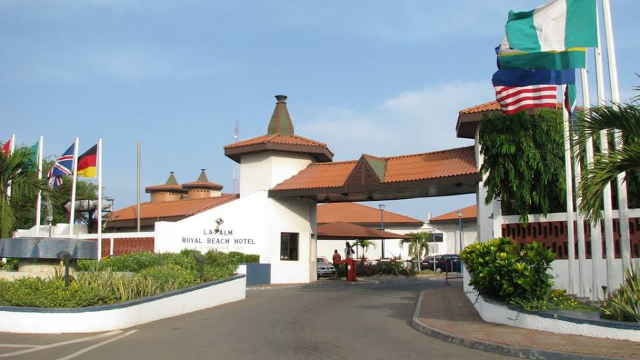 The workers at the La Palm Royal Beach Hotel want the Managing Director of the resort relieved of her position.

In a letter written through the Industrial and Commercial Workers’ Union (ICU), the staff detail a litany of complaints which they say has dealt a hard blow on productivity.

According to the letter signed by the General Secretary of the Union, Solomon Kotei, Madam Abena Pokua Boaitey Amoah’s human relations and administrative decisions are inimical to the interest of the institution she was appointed under the New Patriotic Party (NPP) government to head.

“As a matter of fact, and without mincing words, the Managing Director is running down the business of the Hotels I.e. La Palm Royal, Elmina Beach Resort and Busua Beach Resort which are under her management with her poor human relations, poor industrial relations and her unguarded utterances,” the statement said.

Due processes are not followed on matters of discipline on alleged offences which sometimes result in dismissal and termination of appointments of workers whose culpabilities are not proved beyond reasonable doubt.

“Also, a disciplinary committee investigated some employees on alleged offences and subsequently submitted a report to the management for study and implementation.”

The Managing Director questionably set aside recommendations of the committee and meted out different forms of punishment such as demotion, termination or dismissal. The Union's request for a copy of the investigation report has been declined inspite of several reminders” the statement added.

The workers feel more handicapped because according to them, the contributions of Madam Abena Pokua toward the victory of President Nana Akufo-Addo earned her the position at La.

“She was reported to have told the workers and some management personnel on many occasions that her contributions to the New Patriotic Party (NPP) largely informed the President's decision to reward her by appointing her as the Managing Director of La Palm Royal Hotel, so she can run the hotel as she pleases,” the workers lamented.

The latter part of their petition appealed to the Social Security and National Insurance Trust (SSNIT), which are the owners of the hotel “to take all necessary steps to get a highly competent and professional person to run and turn the investment of SSNIT in the three hotels to a productive and profitable one.”

Find the full petition below: