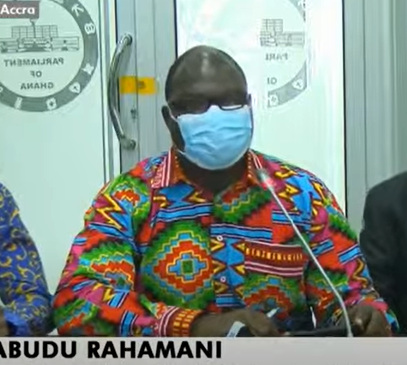 The Ghana Association of Medical Laboratory Scientists (GAMLS) has effective Tuesday, June 1, called off the nationwide strike action embarked upon by its members.

President of the Association, Dr. Abudu Rahamani, who announced this during an engagement with Parliament’s Select Committee on Health, Tuesday, said the decision is based on the respect the Association has for the Committee and the assurance it has received to the effect that all their grievances will be resolved.

“We have considered the recent ruling of an Accra based High Court and the goodwill we have received from the Parliament Select Committee on Health and the Ministry of Health to help resolve all the issues that caused the industrial action.

“We, therefore, wish to appeal to our members of the KATH chapter, as well as all the regional chapters who took action in solidarity with KATH, to remain calm and return to work so that we will have the opportunity to review all the matters arising for further decision to be taken.

“As a result of the high respect we have for the Committee , the strike has been called off. We will certainly advise our members. It is the members who take action and just as it was presented here, the conditions remain as it is and we do not see much change, we have a lot of trust in the Committee,” he said.

According to him, the Association is expectant of a resolution from Parliament after its decision to call off its strike action. “We hope that this time around, we will receive a favourable response,” he said.

In solidarity with the aggrieved health workers, sister unions also laid down their tools resulting in a nationwide strike.

Following this development, the National Labour Commission, secured an injunction from an Accra High Court ordering the lab scientists to resume work with immediate effect.

However, the court’s decision was snubbed by the lab scientists as they continued to withhold their services from the health institutions.

But Parliament’s Health Committee in a press statement dated May 31, invited the Ghana Association of Medical Laboratory Scientists (GAMLS ), Ghana Medical Association (GMA), and other stakeholders for a meeting after the lab scientists defied the court’s order.

Meanwhile, Dr. Abudu Rahamani has assured members of the Ghana Association of Medical Laboratory Scientists that all pertinent matters it has raised, will be resolved.

“We will like to assure members that their matter remains legitimate and we will continue to pursue it for proper and effective redress at the National level,” he stated.

DISCLAIMER: The Views, Comments, Opinions, Contributions and Statements made by Readers and Contributors on this platform do not necessarily represent the views or policy of Multimedia Group Limited.
Tags:
Dr. Abudu Rahamani
Ghana Association of Medical Laboratory Scientists (GAMLS)
Parliament