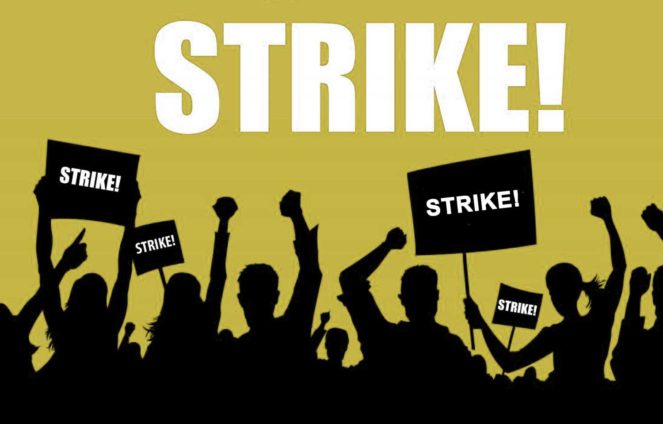 The National Leaders of striking Labour Unions on the campuses of public universities in Ghana have announced the continuation of their action strike.

Their industrial action which has entered the third week follows “Government’s arbitrary variation of the Conditions of Service of the Labour Unions to their disadvantage without recourse to them; and disparities in the implementation of adjusted ex-pump rate of GH¢10.99 for Vehicle Maintenance and Off-Campus Allowances.”

According to the National Leaders, as all attempts to resolve the impasse have proven futile, including the intervention of the National Labour Council (NLC), the Union leaders have urged their members to continue to stay at home till further notice.

Meanwhile, school authorities have been urged to maintain skeletal staff at their offices to ensure the smooth running of essential services like the processing of salaries, provision of security and health services, among others.

“In addition, Heads of Academic Units can visit their offices to perform minor administrative duties once a week, preferably on Mondays, with the aid of a skeletal staff,” they stated.

The Union leaders have also urged the NLC to “boldly direct the Employer (Government) to do the needful in abiding by the ruling of the Commission in its next sitting, which is slated for Wednesday, 2nd November 2022.”

“We are not happy with our industrial action, but it is our last resort in the face of the brute show of Governmental arbitrariness and insensitivity in handling our plight during these hard times,” The Leaders stated.

DISCLAIMER: The Views, Comments, Opinions, Contributions and Statements made by Readers and Contributors on this platform do not necessarily represent the views or policy of Multimedia Group Limited.
Tags:
Strike Action