Labour unrest: List of worker unions on strike, others imminent 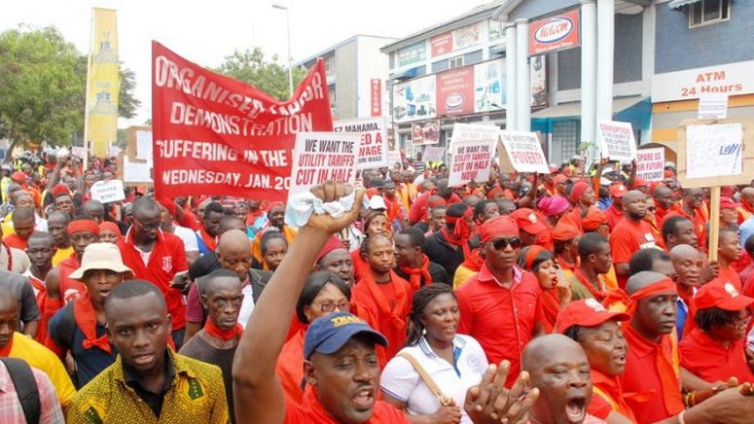 July seems to be an unending one for the government.

The myriad of disturbances in the labour space has worsened as deliberations so far are yet to yield the desired results.

The running theme in this latest series of agitations has to do with the Cost of Living Allowance (COLA).

It has become imperative as most public workers say the financial downturn in the country is leaving a burden too heavy for them to shoulder.

On the back of this, many of them – from the educational to health and other sectors – have threatened, while others have already laid down their tools until their concerns are addressed.

Below is a list of unions who have embarked on strike so far even as government negotiates to get them back to work.

The educational sector saw the first major step which snowballed into what has become a full-blown industrial action.

On July 12, a meeting between stakeholders and government ended inconclusively for the second time as NAGRAT, GNAT walked out of the forum.

This has been compounded by the worsening food shortage crisis in senior high schools across the country.

Senior Staff Association of the Universities of Ghana

On Wednesday, Senior staff of the country’s public universities declared a strike action.

At a news conference, members of the Senior Staff Association of the Universities of Ghana were asked by their leadership to “go home.”

In addition to COLA, the Association is also unhappy that accrued interest on Tier 2 pension arrears has not been paid.

The members are also worried about what they describe as university salary disparities.

Apart from these organisations who have embarked on a strike, many others have served notices of their intention to follow suit in the coming days.

Over 27,000 public sector workers are on the verge of striking. The officials belonging to the Public Services Workers’ Union (PSWU) are set to embark on industrial action on July 19, to demand their COLA.

Meanwhile, the National Labour Commission (NLC) has already intervened in a stalemate between Organised Labour and the government over the demand for 20% COLA.

Speaking to JoyNews, the Executive Secretary, Ofosu Asamoah urged both parties to negotiate in good faith.

In another development, information available to JoyNews indicates crunch meeting between the Acting Commissioner-General of the Customs Division of Ghana Revenue Authority (GRA) and some senior officers to avert a possible sit-down strike by the personnel.

In that same sector, local unions of the Ghana Ports and Harbour Authority (GPHA) are protesting against the Meridian Port Service (MPS)-GPHA concession agreement signed in 2015.

The workers are already clad in red attire.

They contend that the refusal of MPS to seed 20% container business to GPHA had been having dire impact on the work constituent.

JoyNews also learnt that officials of the Transport Ministry are already at the premises trying to get the workers to get back to work while they deal with the matter.