Land guards meet their match at Fetteh as one sustains gunshot to the neck - MyJoyOnline.com 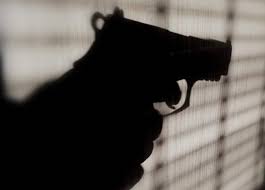 One person is in critical condition after a gun battle ensued between construction workers and a group of armed men believed to be land guards.

The clash reportedly happened in an area between Awutu Bonsuoko and Gomoa Fetteh in the Central Region.

According to police, the construction workers were casting concrete when the intruders, numbering four, and on motorbikes, stormed the site to demand that they stop work.

The Senya Bereku District Police Commander, ASP Kingsley Asirifi Asante, who briefed Adom News about the clash said the land guards were alleged to have opened fire on the builders.

He said unbeknown to the land guards, the construction workers had superior arms hence responded in equal measure, leading to one land guard being gunned down.

The injured was shot in his neck area and is currently receiving treatment at the Winneba Trauma and Specialist Hospital.

ASP Kingsley Asirifi Asante added that an alert was sent to his station, but the land guards had fled the scene before his team arrived.