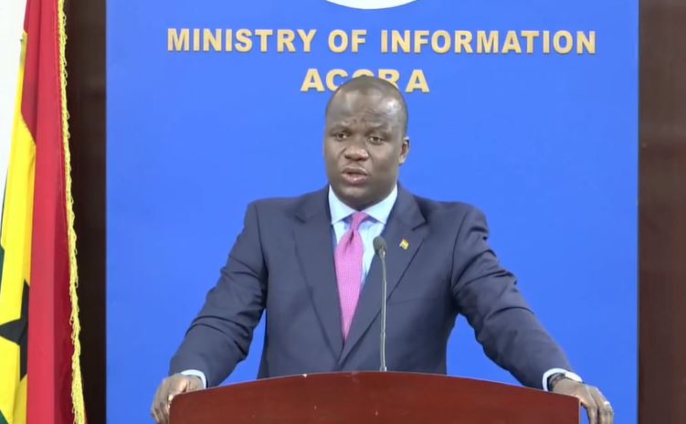 The Lands and Natural Resources Minister has reiterated that government will continue to introduce new interventions and strategies to deal with the illegal mining menace.

Mr. Samuel Abu Jinapor said despite the complexity and difficulty in bringing the situation under control, government will not rest on its oars until the fight against ‘galamsey’ is finally won.

He explained that the call on citizens and stakeholders to join the fight against illegal mining does not in any way suggest that government is avoiding its responsibilities.

“It is the government’s responsibility to deal with illegal small-scale mining just as it has to deal with all other major issues in our country but in doing so, we will require the support and cooperation of stakeholders in the country.

“This is why on the 5th of October, 2022, the President found it necessary to engage the National House of Chiefs and to call upon them to continue to support the government in its efforts in clamping down on illegal small-scale mining,” he said.

A “comprehensive list” of all licensed small-scale mining companies across the country has been given to the Military High Command.

Mr. Jinapor said it forms part of new measures that have been instituted as part of operations by the Operation Halt II team to ensure illegal mining ceases in forest reserves and water bodies.

At a press briefing on Thursday, October 13, Mr. Jinapor stressed that this new operation will be sustainable and shall continue “until we get to a satisfactory situation with respect to illegal small-scale mining.”

“As they [soldiers] are in the field, they have the records of licensed small-scale miners and they are able to tell that this particular operation is not licensed, is not lawful and therefore it’s a ‘galamsey’,” he stated.

Mr. Jinapor stated unequivocally that no politician or person in high authority would be allowed to interfere with the work of the Operation Halt II teams.

DISCLAIMER: The Views, Comments, Opinions, Contributions and Statements made by Readers and Contributors on this platform do not necessarily represent the views or policy of Multimedia Group Limited.
Tags:
Galamsey
Illegal mining
Ministry of Lands and Natural resources
Samuel Abu Jinapor