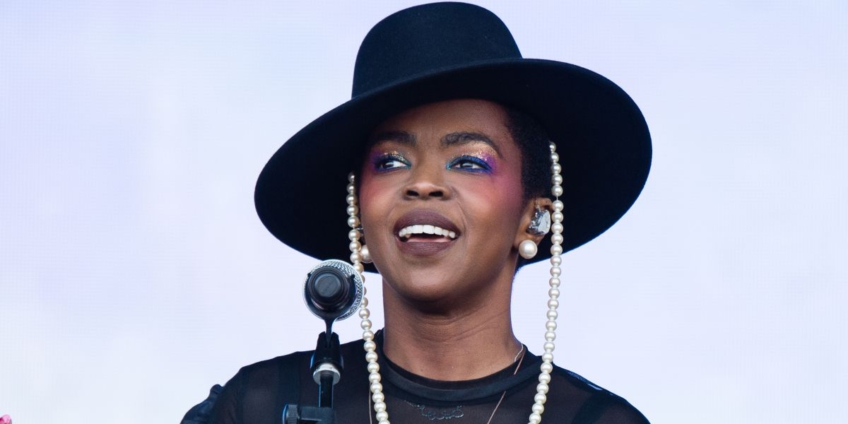 Grammy-award winning artist Lauryn Hill has broken her silence on why her Grammy-winning 1998 album The Miseducation of Lauryn Hill did not receive a follow up studio release.

Hill sat down with Rolling Stone’s ‘500 Greatest’ albums podcast available on Amazon Music to kick off 2021 and to finally answer her fans unanswered questions and put the rumors to bed.

“I challenged the norm and introduced a new standard,” Hill explained. “I believe The Miseducation did that and I believe I still do this. [Myself and my album] defy convention when the convention is questionable.”

However, the 45-year-old singer-songwriter claims that she never presented another opportunity to record a second studio album, “The wild thing is, no one from my label has ever called me and asked, ‘How can we help you make another album?'” she said. “Ever … ever. Did I say ever? Ever.”

The legendary singer shared that she often felt used for her work as an artist leaving her feeling neglected as a person outside of the studio.

“People had included me in their own narratives of their successes as it pertained to my album and if this contradicted my experience, I was considered an enemy,” she continues. “ “After The Miseducation, there were scores of tentacled obstructionists, politics, repressing agendas, unrealistic expectations and saboteurs everywhere.”

The “Doo-Wop (That Thing)” artist shared an essay on Medium in 2018 to further explain and respond to critics who created false narratives surrounding her stifled musical success.

“I’ve remained patient and quiet for a very long time, allowing people to talk, speculate and project” she wrote. “People can sometimes confuse kindness for weakness and silence for weakness as well. When this happens, I have to speak up.”

She continued:  “The myth that I’m not allowed to play the original versions of my songs is a myth (anyone who’s seen my current show knows this). I remix my songs live because I haven’t released an album in several years. There’s no way I could continue to play the same songs over and over as long as I’ve been performing them without some variation and exploration. I’m not a robot.”

DISCLAIMER: The Views, Comments, Opinions, Contributions and Statements made by Readers and Contributors on this platform do not necessarily represent the views or policy of Multimedia Group Limited.
Tags:
Grammy Awards
Lauryn Hill
The Miseducation