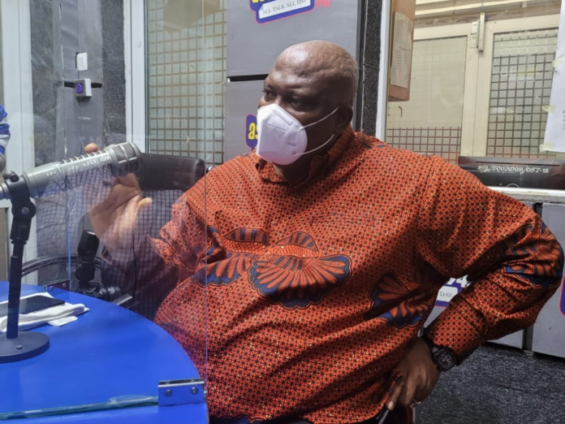 The Greater Accra Regional Minister, Henry Quartey, has queried the leader of the Tricycle Operators Association in Accra, over plans to impose restrictions on ‘Aboboyaa’ operations in the region.

The incident occurred after the Regional Minister met with stakeholders to discuss implementation of ‘operation clean your frontage” which makes it mandatory for all waste management operators to have a transfer site in the region.

Members of the Tricycle (Aboboyaa) Operators Association, who are not happy with the development, are up in arms against the Minister.

According to the President of the Association, Lydia Bamfoe, they will not allow the Minister to impose such restrictions on them because it will only make their work difficult.

Speaking on Adom TV, Madam Bamfoe said, “these restrictions that the Minister and other stakeholders want to do, will not work today or tomorrow. For instance, when my members go for refuse from Teshie, and you are telling them not to use the Osu Highway road, where do you expect them to drive through?

“Does the Minister expect us to dump the refuse in the sea or what? They should think twice because we won’t allow that,” she dared in during the interview.

But Mr Quartey, who sounded angered by Madam Bamfoe’s comment, described it as very disappointing.

“That aboboyaa leader must learn how to speak. It’s disappointing; it is sarcastic and disrespectful to say they should dump the waste into the sea. Can she tell me on authority that all aboboyaa riders dump their refuse at a particular place? This is lawlessness and we will not condone it and allow them to be on the highway,” he fumed.

He said on Adom FM’s morning show, Dwaso Nsem, Tuesday that his outfit is not taking them out of business but rather regulating their businesses to ensure these tricycle riders do the right thing.

According to him, in order for this law to be very effective and efficient, the waste management companies would have to provide transfer sites, adding that before the implementation, all the 29 assemblies must have a transfer site, ” because if they dump it on the road, we will arrest them.”