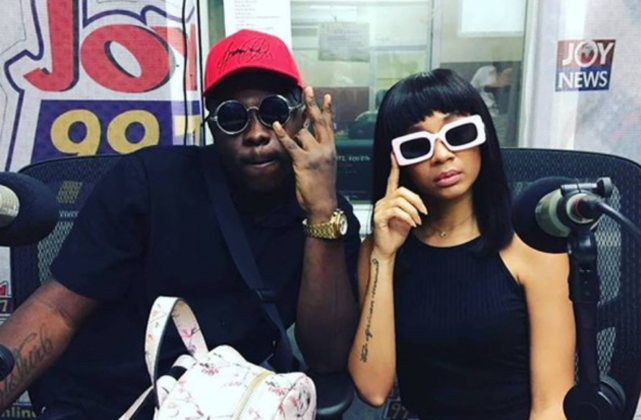 Musician Sister Derby, has asked the general public to stop making comparisons between her boyfriend and her ex, rapper Medikal.

According to her, she and Medikal went their separate ways years ago and it is important for people to respect their decision.

Speaking in an interview on Accra FM, she stated that Medikal has moved on and is married and so has she.

“I know Medikal doesn’t like that and I don’t like it either. We have all moved on. I will ask Ghanaians to respect that. I am happy to have David in my life,” she said.

Sister Derby added that she does not want her new man to feel uncomfortable with people’s constant fixation on her past relationship and the comparisons.

She added that “people may think they look alike because of their broad shoulders and height but when you see him [David] in person, you will know they are not the same.”

This comes after Gospel artiste, Sonnie Badu left a comment under a post of Sister Derby and her new boo arriving at an event.

“He looks like Medikal” he wrote, with a laughing emoji.

This sparked many comments from the public who followed the Medikal and Sister Derby relationship and the subsequent breakup.

Meanwhile, the comment did not sit well with Medikal who pleaded to the public to let the past be the past.

“It’s been like how many years now ? Y’all no de fi move on ? smfh. Make my name rest small Abeg,” he tweeted.