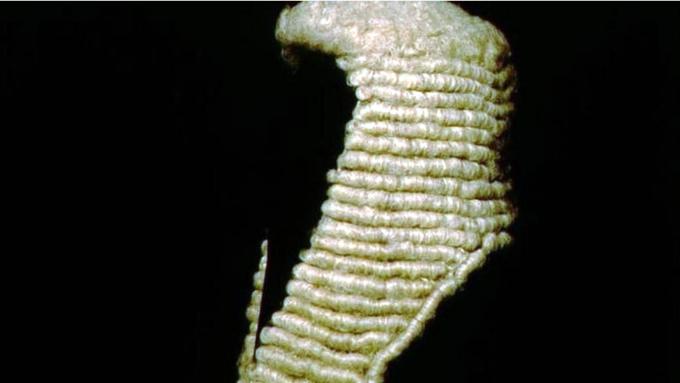 “Nigeria’s chief Justice was sacked on Thursday, April 18, 2019, by a tribunal that convicted him of falsely declaring his assets. The Code of Conduct Tribunal (CCT) said it had also banned Onnoghen from holding public office for 10 years and ordered any assets he could not account for to be forfeited to the state”. The scope of this paper is simply to focus on the consequences of failure of Ghanaian Superior Court Judges to declare their assets and liabilities contrary to Article 286 of the 1992 constitution. Also, the paper seeks to draw lessons from the law regulating the declaration of assets and liabilities in Nigeria, Australia and United States of America.

With the dawn of democratic governance on the African continent, the yearn for transparency and accountability has become the bedrock and benchmark of good governance.

THE LAW ON DECLARATION OF ASSETS AND LIABILITIES IN GHANA

The 1992 Constitution of Ghana has made provision under Article 286 thereof for declaration of assets and liabilities which provides thus;

(1)    A person who holds a public office mentioned in clause (5) of this Article shall submit to the Auditor-General a written declaration of all property or assets owned by or liabilities owed by, him whether directly or indirectly –

(a)    within three months after the coming into force of this Constitution or before taking office, as the case may be,

(3) The declaration made under clause (1) of this article shall, on-demand, be produced in evidence

(a)before a court of competent jurisdiction; or

(b) before a commission of inquiry appointed under article 278 of this Constitution; or

(c) before an investigator appointed by the Commissioner for Human Rights and Administrative Justice.

(4) Any property or assets acquired by a public officer after the initial declaration required by clause (1) of this article and which is not reasonably attributable to income, gift, loan, inheritance or any other reasonable source shall be deemed to have been acquired in contravention of this Constitution.

(a)the President of the Republic;

(b)the Vice-President of the Republic;

(c ) the Speaker, the Deputy Speaker and a member of Parliament;

(d)Minister of State or Deputy Minister;

(e) Chief Justice, Justice of the Superior Court of Judicature, Chairman of a Regional Tribunal, the Commissioner for Human Rights and Administrative Justice and his Deputies and all judicial officers;

(h) Head of Ministry or government department or equivalent office in the Civil Service;

(i)chairman, managing director, general manager and departmental head of a public corporation or company in which the State has a controlling interest; and

(j)such officers in the public service and any other public institution as Parliament may prescribe.

(6) The Auditor-General shall make a written declaration of his assets and liabilities to the President in the manner and subject to the conditions provided in clauses (1) to (3) of this article.

(7) Before entering upon the duties of his office, a person appointed to an office to which the provisions of this article apply, shall take and subscribe the oath of allegiance, the oath of secrecy and the official oath set out in the Second Schedule to this Constitution, or any other oath appropriate to his office.

(1) An allegation that a public officer has contravened or has not complied with a provision of this Chapter shall be made to the Commissioner for Human Rights and Administrative Justice and, in the case of the Commissioner of Human Rights and Administrative Justice, to the Chief Justice who shall, unless the person concerned makes a written admission of the contravention or non-compliance, cause the matter to be investigated.

(2) The Commissioner for Human Rights and Administrative Justice or the Chief Justice as the case may be may take such action as he considers appropriate in respect of the results of the investigation or the admission. (Emphases mine)

From the reading of Article 286 (5) supra, it is apparent that under the 1992 constitution of Ghana, it is constitutionally mandatory for Judges of the Superior Courts to declare their assets and liabilities before they take office and at the end of every four years.

THE LAW ON OF DECLARATION OF ASSETS AND LIABILITIES IN NIGERIA

In the 1999 Constitution of the Federal Republic of Nigeria (as amended) (the 1999 Constitution), Sections 52, 94, and 185 mandates public officers to declare their assets immediately after taking office, and thereafter. Specifically, Paragraph 11, Part 1, Fifth Schedule to the 1999 Constitution compels public officers to “immediately after taking office and thereafter: at the end of every four years; and at the end of his term of office, submit to the Code of Conduct Bureau a written declaration of all his properties, assets, and liabilities and those of his unmarried children under the age of eighteen years”.

The 1999 Constitution of Nigeria goes the extra mile to demand public officers to declare all properties, assets, and liabilities and those of their unmarried children under the age of eighteen years. This requirement puts Nigeria on a higher pedestal in the declaration of assets and liability policy track record.

Unlike the express powers given to the CCB of Nigeria under the 1999 Constitution of Nigeria to prosecute public officers for a breach to declare assets and liabilities, the 1992 constitution of Ghana simply gives a blank cheque to the Commissioner for Human Rights and Administrative Justice or the Chief Justice as the case may be, to take such action as he considers appropriate in respect of the results of the investigation or the admission of non-declaration of assets and liabilities.

This blank cheque given to the Chief Justice and the Commissioner can be subjected to abuse because the constitution is silent as to the exact punitive measures to be administered in the instances of a breach of the constitutional provision.

Moreover, the constitution of Ghana reserves the prosecutorial powers of government to only the Attorney General of Ghana and it can, therefore, be implied that the commissioner for CHRAJ is incapacitated to prosecute a breach of Article 286 of the 1992 constitution.

Though it may be argued that an abuse of discretion of the blank power under Article 286 by the Chief Justice or The Commissioner for CHRAJ may be amenable to judicial review, the time is nigh for a clear sanction to made known in the instances of a breach of Article 286.

Also, Article 19 (11) of the 1992 Constitution of Ghana prohibits the trial of a person for a criminal offense unless the offense is defined and the penalty for it is prescribed in a written law. The above constitutional provision fetters prosecutorial powers of all law enforcement agencies against public servants who have failed to declare their assets and liabilities because there is no law currently in place that makes it a crime for non-disclosure of assets and liabilities.

DOES A FAILURE BY A JUSTICE OF A SUPERIOR COURT TO DECLARE HIS ASSETS AND LIABILITIES CONSTITUTE A STATED MISBEHAVIOUR?

A Justice of the Superior Court or a Chairman of a Regional Tribunal shall not be removed from office except for stated misbehaviour or incompetence or on ground of inability to perform the functions of his office arising from infirmity of Body or mind.   (Emphases mine)

From the reading of the above provision from the 1992 Constitution, it can be observed that stated misbehaviour is one of the main grounds on which a Justice of the Superior Court of Judicature can be removed from office.

The multimillion-dollar question is what behaviour of a Justice of a Superior Court can be construed as a stated misbehaviour as envisaged under Article 146(1)?

Can a failure of a Justice of a Superior Court to declare his asset as required by a constitutional provision be deemed to be a stated misbehaviour to warrant his removal from office as envisaged by the drafters of the Constitution?

THE INTERPRETATION OF THE TERM STATED MISBEHAVIOUR IN AUSTRALIA’S JURISPRUDENCE

The span of the word stated misbehaviour, and this is also the question which has been most discussed in this paper. Five opinions have been given: of the Commonwealth Solicitor-General, 24 February 1984, of the counsel to the Senate Select Committee on the Conduct of a Judge, and of each of the three Commissioners of the Parliamentary Commission of Inquiry appointed under the Act of 1986 establishing that Commission, those three opinions having been presented to each House of the Parliament on 21 August 1986.

It is trite learning that at the common law, the term “misbehaviour” in respect of an office held during good behaviour; meant misbehaviour in relation to the performance of the duties of that office. This misbehaviour may include: neglect or refusal to perform those duties, and conviction for infamous offences not connected with the duties of the office.

The authorities for this definition are extremely old: they consist of the 17th century treatise by Sir Edward Coke, Institutes of the Laws of England (1628-44), the case of the Earl of Shrewsbury (1610), and the judgment in R v Richardson.

In the United Kingdom it has been assumed that, whatever the technical legal situation, the provision for the removal of judges upon the address of both Houses made obsolete other methods of removal, that mechanism is, as a matter of practice, the only available method for removal of a judge, and that, as a matter of practice, the British Parliament would not make an address for the removal of a judge except on the ground of misbehaviour. If these assumptions are correct, then it is clear that in Britain, misbehaviour is not thought to be confined as indicated by the old authorities. The established grounds for an address have been stated to include misconduct involving moral turpitude, partisanship and partiality, and misconduct in private life. These grounds have been taken to be no more than different forms of misbehaviour.

Article III, section 1 of the constitution of the United States provides that federal judges “hold their offices during good Behaviour”. Article II, section 4 provides that “all civil Officers of the United States, shall be removed from Office on Impeachment for, and Conviction of, Treason, Bribery or other high Crimes and Misdemeanours”. It was explicitly stated by the framers of the constitution that the latter section applies to judges. These provisions have been interpreted as meaning that; the judicial tenure provision implies a power to remove judges for breach of good behaviour, either by some implied procedure or by a procedure provided by Congress by legislation;

judges may be impeached for misbehaviour.

In the various cases in which US federal judges have been impeached, the Congress has assumed that it has the power to impeach them for misbehaviour, that impeachment is not restricted to high crimes and misdemeanours, and that misbehaviour extends to any conduct indicating unfitness for office.

Thus, the American law supports the majority of the Australian opinion in viewing the concept of judicial misbehaviour as extending to any conduct indicating unfitness for office.

In Queensland, after certain evidence was given before a commission of inquiry concerning the conduct of a justice of the Supreme Court, Justice Angelo Vasta, a statutory commission, called the Parliamentary Judges Commission of Inquiry, was established in 1988 to inquire into the conduct of the justice. The Commission was enjoined to advise the Legislative Assembly whether any behaviour of the justice following his appointment to the Court warranted his removal from office.

The Commission reported that the following behaviour by the judge warranted his removal from office:

2.Making and maintaining allegations that the Chief Justice, the Attorney-General and the inquiry commissioner had conspired to injure him

3. Making a false statement to an accountant who prepared income tax returns

In concluding this paper, it can be gleaned from the analyses made that, the word stated misbehaviour used as a ground for removal of a Justice of Superior Court as envisaged under the 1992 Constitution is not a general term of art as used in Australia and The United States of America and at common law in general.

Rather, the term stated misbehaviour is strictly a legal term which is limited to matters sanctioned by statute as a crime  and it extends to any conduct indicating unfitness for office.