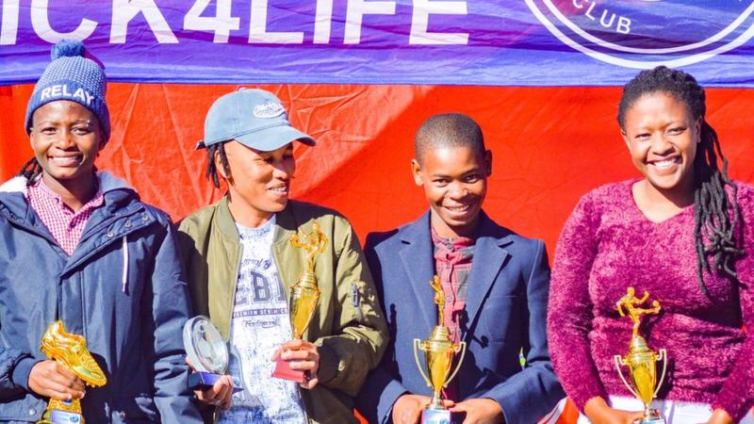 Lesotho’s Kick4Life FC have said they will be the first top-flight club in the world to pay the same to their men’s and women’s teams.

Located in the capital city of Maseru, Kick4Life said the coronavirus pandemic has helped them take their strongest business decision yet – gender pay parity – and that it will be the first professional club that will “commit to gender equal budgets” for both its top-flight men and women’s team.

“What’s given us the impetus to do it now is the coronavirus epidemic and the impact that it’s had on gender-based violence in Lesotho”, joint CEO and co-founder Steve Fleming told BBC Sport Africa.

“There’s been a significant increase and we’ve really felt that there’s an urgency for us to state that we believe in equality of men and women on the pitch and off it, and it sends out a powerful message.

“If we can do this at Kick4Life, at Lesotho, in the Premier League, then why can’t we do it elsewhere in the world and change football for the better?”

It began its journey 15 years ago, when British brothers Steve and Pete Fleming attempted a 250-mile football dribble fundraiser in Malawi.

After the conclusion and success of the campaign, they decided to settle in the Southern African country. Their work there eventually led to formation of the football club and its subsequent promotion to the Lesotho Premier league in 2014.

In 2015, the women’s team became one of the eight teams to kickstart the inaugural Lesotho Women’s Super league – the premier division for women – and have become an illustrious powerhouse in the country, winning the 2018 Super League Cup title and finishing in second place, three times in five seasons of the Women’s Super League.

As the team boasts of a blend of professional and semi-professional footballers; ranging from ages 15 to 32, its core group are young people whose passion for the game stemmed from being directly influenced by Kick4Life’s outreaches.

Puky Ramokoatsi is one of them. She came in through the charity’s Girls United programme 10 years ago, having been a victim of gender-based violence, and has risen to be one of the club’s most influential figures.

The 31-year-old women’s team manager has said that the move to pay equal wages to the men’s and women’s team would be seen as a huge boost for women’s fight for equality in the game.

“I feel very proud to be part of the first top-flight club to have gender equal investment,” she said.

“This could actually help a lot to motivate (us) and then, to make them (women) aware that they’re also recognised and they can reach their goals and reach their potential.

“We will be an inspiration to the football community in Lesotho and globally. But it is also a natural move for us to make after several years of using football to challenge gender discrimination and empower women and girls.”

Discussions around pay disparity in football has been hotly debated in recent times, with public outcry led by the US Women’s National team and Norway and Olympique Lyon star, Ada Hegerberg.

According to a 2016 global study published by the BBC Sport, 83% of sports now pay men and women equal prize money. However, top sports such as football, cricket and golf still makes up the remaining 17% that records pay gaps.

In 2017, Lewes FC announced that it had made history by becoming the first club to pay men and women the same amount – albeit at a much lower level of the football pyramid in England. Soon after, countries such as Norway and New Zealand followed in the equal pay move.

In Africa, Ethiopia and most recently South Africa have announced equal pay at national team level – while in November 2019, the Edo State government in southern Nigeria announced it will pay its women’s premier league team Edo Queens the same as its men’s second tier side, Bendel Insurance.

Steve Fleming said that ahead of the 2020/2021 football season his team will become the only top-flight league club in the world paying their men and women the same; a move he revels will become a huge Africa first.

“We are aware of Lewes FC in the UK. They became the first football club in the world to commit to gender equal budgets and obviously they’re not a top top-flight club but we’ve been in touch with them and they’ve confirmed that they’re not aware of any other clubs either top flight or below that have made the same move.

“We’ve also researched extensively before making the announcement. We’re confident that we are the first top flight club in the world to make that move and certainly we hope that others will follow in future.”