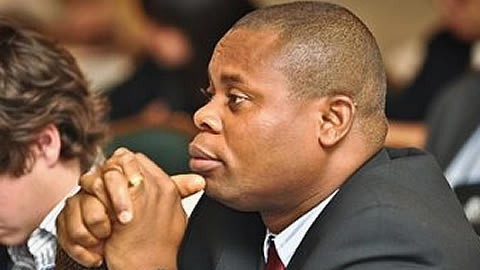 If I remember accurately, in the wake of the so-called Ho Summit, the executive director of the IMANI-Ghana think tank was named to membership of a technical team that was supposed to critically study and propose effective ways of trimming government wastage, especially in the area of labor expenditure.

Well, after bitterly complaining about some National Democratic Congress (NDC) apparatchiks who were hell-bent on stalling the crucial process of economic and institutional restructuring, Mr. Franklin Cudjoe was prompted by principle to resign his membership on the team.

One or two vociferous political vampires were dead-set against any attempt by Mr. Cudjoe to return to the aforesaid team, which was labeled with a name so rhetotically unwieldy that it has been very difficult for me to remember.

Anyway, in the wake of Mr. Cudjoe's exit from the team, I suggested in one of my columns that President Mahama would help the country's economy remarkably well by publicly apologizing to the flagrantly wronged Mr. Cudjoe and putting the latter in charge of a more progressive technical team.

Well, it clearly appears that that time has arrived. Indeed, the President would begin to breathe more easily if he listens to the IMANI-Ghana director by promptly weaning viable labor sectors and agencies from the Single-Spine Pay Policy, as a practical means of significantly reducing the government's palpably oversized wage bill (See "Single Spine Troubles: Wean Performing Agencies Off Gov't Payroll – IMANI" Graphic Online / Ghanaweb.com 3/13/14).

Mr. Cudjoe has also proposed the equally significant measure of investigating, or scrutinizing, the current payroll and weeding out any fraudulent and/or ghost names that may exist on the same. In the past, massive payroll fraud has been found to be a significant drawback to fiscal discipline in the public sector.

The IMANI chief has also suggested specific examples of agencies that need to be promptly weaned off the single-spine wage bill, among them the Driver and Vehicle Licensing Authority (DVLA), Forestry Commission, Food and Drugs Authority and the Security and Exchange Commission.

The process would, however, be more effective and productive if Mr. Mahama were to name Mr. Cudjoe to the headship of a special technical team with peremptory powers, as well as subpoena powers, and directly answerable to the President, rather than any of the unsavorily pussyfooting fiscal-related ministries and agencies.

All this, of course, is assuming that Mr. Mahama were dead serious about rapidly moving the country's economic development forward past vapid and vacuous rhetorical platitudes.