Let religion be a force to unite us, not a force to divide us – Bawumia 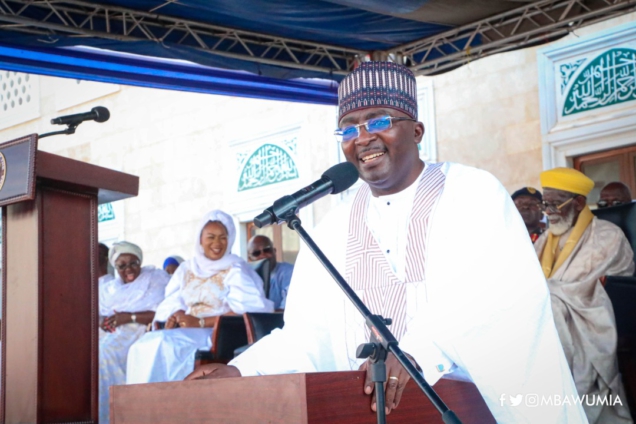 The Vice President, Dr. Mahamudu Bawumia, has made a clarion call to members of Ghanaians not to allow religion to create division amongst them.

Religion, Dr. Bawumia stated, is a force that unites, and as such, it should not be used as a tool to divide.

The Vice President was addressing NPP executives and members on Friday at the National Muslim Thanksgiving Prayers in Accra, as part of activities to commemorate the NPP’s 30th Anniversary.

“Religion is a force for unity. It is not a force for division. We should never allow religion to divide us.” Dr. Bawumia said.

With the party gearing up to elect its next leader for the next presidential election in 2024, Dr. Bawumia said the choice of the party’s next leader, and subsequently who leads the country, should not be based on religion.

He encouraged the party to select a leader based on the person’s competence and what the next leader has to offer.

“The NPP brings people together. We have fought elections on issues, we have elected people on merit and we will not make elections about you being a Christian or you being a Muslim.”