‘Let your comments be neutral’ – Prof. Gyampo to Okyehene 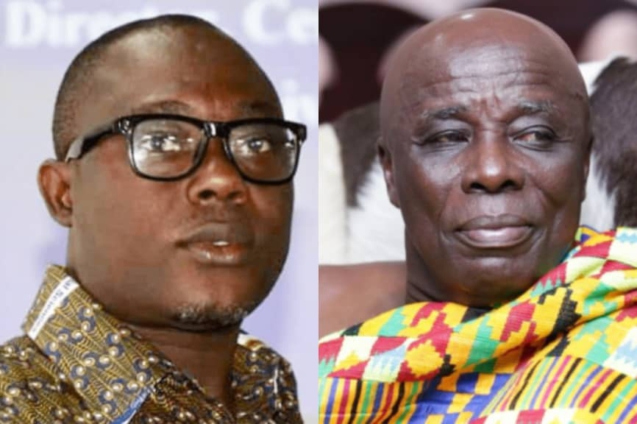 A political science lecturer at the University of Ghana, Professor Ransford Gyampo, has called on the Paramount Chief of the Akyem Abuakawa Traditional Area, Osagyefo Amoatia Ofori Panin, to be neutral in his public utterances.

According to him, the traditional ruler is widely perceived as a unifier and hence the need for him to maintain a neutral outlook before the public.

“Dear Okyenhene, do you truly believe the critics of NADAA are villagers and wizards? You are among the few we will run to when there’s conflict. PLEASE be above this, and let your comments be neutral, unifying and seasoned. Medaase, Nana”, Professor Gyampo urged.

The advice by the political science lecturer comes on the back of recent comments by the Okyehene. He described critics of President Akufo-Addo as ‘witches’.

Speaking at the inauguration of the Kyebi Archdeaconry at the St. Martin Anglican Church on Sunday, he said Ghanaians who insult President Akufo-Addo due to the current economic hardship are uncivilised and witches.

In his address, he wondered why some individuals have failed to appreciate the President for “his efforts” and contributions towards the development of the country.

According to him, those who have launched attacks, insults and booing campaigns on President Akufo-Addo are children of villagers.

“We should stop, we should be appreciative, we should appreciate him for his efforts; we should protect him. As for the insults, it’s for children of illiterates; if you are trained properly, you won’t do that, unless you are a witch or wizard”, he stated.

Meanwhile, scores of Ghanaians have taken to social media to query the traditional leader for his comments.

For the critics, the remarks by the Okyehene are distasteful and not befitting of his status.

They have therefore urged him to be more decorous in his language to avoid being an item of mudslinging and public ridicule.

DISCLAIMER: The Views, Comments, Opinions, Contributions and Statements made by Readers and Contributors on this platform do not necessarily represent the views or policy of Multimedia Group Limited.
Tags:
Akufo-Addo
Okyehene
Osagyefo Amoatia Ofori Panin
Professor Ransford Gyampo