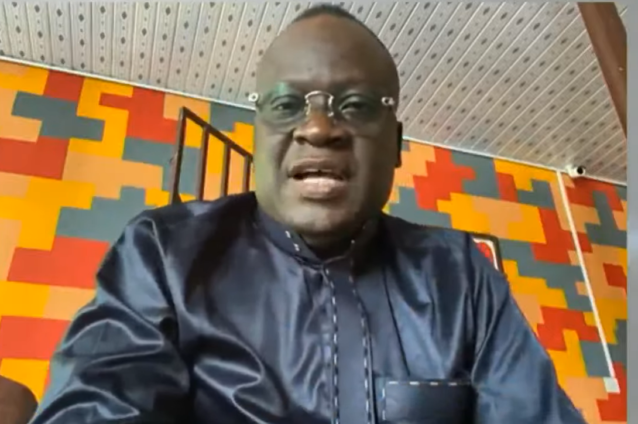 The Head of Ahmed Legal Consult, Musah Ahmed has called for stringent laws to compel community members to report incidents of defilement in their community.

He said this is necessary to protect girls in the society. Thus, it behoves every member of the society to be involved in the process.

According to him, when young girls are impregnated, the effects of the action do not only affect the girl and her immediate family, but the entire society as well.

Speaking on Joy News’ The Law, Sunday September 5, he said, “we all have a responsibility to report crimes. Most at times, people don’t know it is a civic duty, failing which sanctions shall apply.

“In this case, I have already argued that the responsibility and the effect not only relates to the parents or the effect is not only on the parents, it is to all citizens of Ghana.  We are looking at the impact as to what will happen to the future of the state because our children constitute our future.

“And if we don’t get everybody involved and then we think that ‘after all if somebody’s daughter is pregnant it is not my business.’ If we begin to look at it from that angle, we’re all going to suffer in future.”

Thus, parents, school authorities, religious leaders, neighbours etc. all have a duty to report cases of defilement to the police, he explained.

His comments come on the back of a report which suggests that thousands of girl students, 16 years and below had been impregnated this year alone.

In the Volta Region, over 6,000 girls have fallen victim to defilement. Yet, few cases have been reported to the Police and prosecuted.

According to Musah Ahmed, creating a desk at the Attorney General’s office to deal with issues of defilement might be the boost needed in the fight against defilement and teenage pregnancies.

“I’ll suggest that there has to be a law which should be compelling on all parties; the Police, parents, school authorities, and all other parties who for reasons of knowledge have to know that there has been a defilement to report the matter to the Attorney General.

Meanwhile, he is advocating for the scope of the law concerning defilement and age, be changed from 16 to 17 years.

This, he says would help capture as many offenders as possible, and ensure that girls are protected from sexual predators.

DISCLAIMER: The Views, Comments, Opinions, Contributions and Statements made by Readers and Contributors on this platform do not necessarily represent the views or policy of Multimedia Group Limited.
Tags:
Ahmed Musah
Defilement
The Law