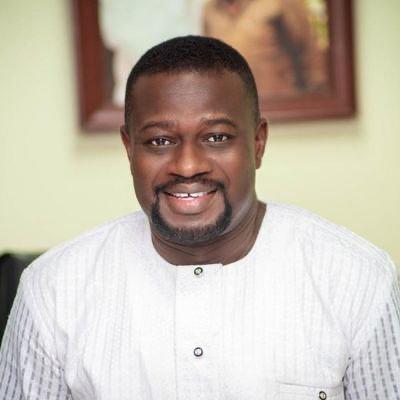 The Majority Chief Whip in Parliament, Frank Annoh-Dompreh has called on the House to name and shame ministers of state who do not honour summons from the House.

According to the legislator, the failure of ministers to appear before the House to respond to issues concerning their ministries is an unhealthy development.

Speaking on the floor of Parliament on Tuesday, the MP said the inability of the Transport Minister to appear before the House does not augur well for Parliamentary business.

Buttressing earlier sentiments expressed by his colleague, Minority Chief Whip, Muntaka Mubarak, Mr. Annor-Dompreh indicated his displeasure and called on ministers to be more responsive to summons from Parliament.

“I think it’s a straightforward matter, and I’m in total agreement with what my colleague [Muntaka Mubarak] said. Except to say that I think it’s high time we name and shame. We shouldn’t box all the ministers together. There are ministers who have been doing their work diligently and they take this House serious. I don’t want to mention names”, he stated.

Touching on the absence of the Transport Minister, he continued: “We understand that it’s a human institution they’re manning. But you cannot bring your excuse duty on the same day that you’re expected to appear before this House. That is totally unacceptable. And it’s something we shouldn’t countenance at all”.

He, however, assured the House that he will liaise for the Transport Minister to appear before the House and respond to the questions which have been slated for him to answer.

“But having said that, we will reach out to the Minister. We’ll let him know that the House is not happy about this, and we will work assiduously to ensure that we re-programme this as soon as possible. So I’ll plead with my colleagues. Maybe we’ll give him the benefit of the doubt and probably this will be the last”.

He added that: We will not entertain this kind of attitude in bringing the notice the very day you’re supposed to take your question. That will not be accepted. And I’m not too happy about it so I’m in total agreement with the worries expressed, especially relative to the Transport Minister.

“And like you rightly said, he’s one of the ministers who has been very diligent, but these days his attitude leaves a lot to be desired. So Speaker, I’m only going to plead that we’ll try and re-programme him for him to appear and do the needful”.

According to JoyNews Parliamentary Correspondent, Kwaku Asante, the Transport Minister was expected to appear before the House and respond to some nine questions.

However, the Minister did not show up.

Commenting on the matter, the Speaker of Parliament, Alban Bagbin used the occasion to caution ministers of state who fail to appear before the House to answer questions regarding their respective ministries.

Mr. Bagbin said the sector minister used to be punctual, but is now, “negating all the gains he made in the House”.

According to the Speaker, the failure of some ministers to respond to summons by Parliament is becoming a canker which can derail the progress of the House.

In his caution, he stressed that ministers of state must endeavour to respond to Parliamentary summons, to ensure the smooth running of the Legislature.

Making reference to Article 122 of the 1992 Constitution and Standing Order 28 of Parliament, he explained that the absenteeism by minsters may be construed as contempt of Parliament.

“If for any good reason, please Chief Directors and Acting Chief Directors be told in very clear language. We’re not going to entertain any language like ‘the minister is unavoidably absent’. We’re not going to accept that language. There must be a reason. An acceptable reason why a minister is absent. Not ‘unavoidably absent’. What is that to the ministry?”.

He continued: “Please there must be good reason why a minister cannot attend and answer the question. We’re all humans. We’ve all been in this business for sometime. And we’ll understand if the reason is cogent, it’s acceptable, it’s reasonable. But not ‘unavoidably absent”.

Meanwhile, transport fares are expected to go up by some 10% later this week if the unionised operators, Ghana Private Road Transport Union and the Ghana Road Transport Coordinating Council, are able to get the Transport Minister’s blessings on this margin of increase.

The operators and the Transport Minister, Kwaku Ofori Asiamah, are expected to meet at a crunch meeting this Wednesday, June 22nd, 2022.

But a final agreement was not reached on the margin of increase of petroleum products.

The meeting also concluded that the time has come for some taxes on fuel to be reviewed.

Prices of fuel on the local market increased over 4% on average terms in the just ended pricing-window of June 15, 2022.

For the rest of June 2022, the Institute for Energy Security (IES) projected another sharp rise in the price of the various products on the back of the 0.86% depreciation of the cedi and the international market price increase of 14.81% for petrol and diesel.

Price of Liquified Petroleum Gas (LPG) however was projected to fall further by 5% from its current price.

Market leader, GOIL, has also increased the price of petroleum products at the pumps.

It went up over the weekend. A litre of petrol is going for ¢10.99 which is in line with the current market condition.

Based on the pricing formula for the industry, it is clear that most of the Oil Market Companies have absorbed a fraction of the cost.

This means prices should have been more than what is presently prevailing.