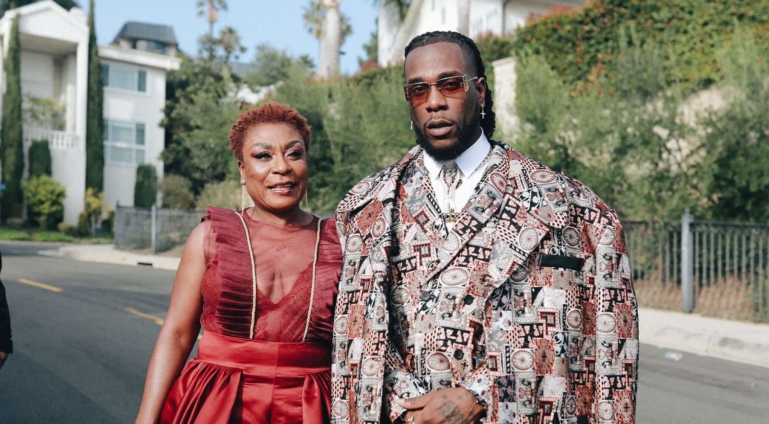 On July 2, mother of Nigerian musician, Burna Boy took to social media to celebrate her son.

The musician who turned 31 on Saturday, received love from fans all over the world.

Bose Ogulu who also doubles as Burna Boy’s manager noted she was happy her son had made her proud.

She jokingly told the ‘Last Last’ hitmaker to “tone down the madness” as they enter the new age.

“Happy birthday D. You have given me so many reasons to be proud of the man you have become. Let’s tone down the madness. Cheers to a new age,” she wrote.

In honour of his birthday this July, Burna Boy promised his fans they would have a new album from him.

It follows his Grammy-winning album Twice As Tall released in 2020 and the critically acclaimed African Giant.