LGBTQ: We cannot turn this country into a satanic one - Chieftaincy Minister rallies support from Chief Imam - MyJoyOnline.com

LGBTQ: We cannot turn this country into a satanic one – Chieftaincy Minister rallies support from Chief Imam 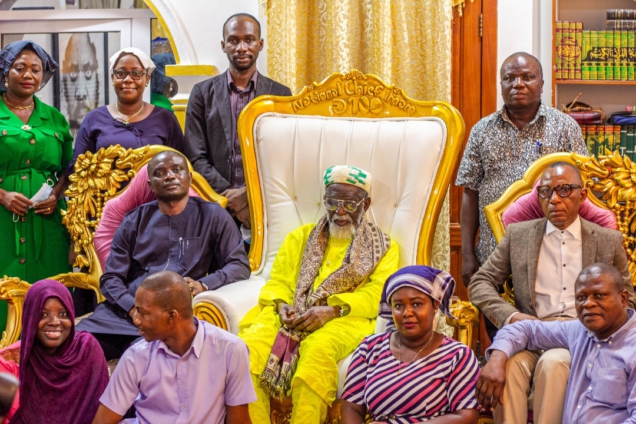 The Chieftaincy and Religious Minister, Ebenezer Kojo Kum has asked for support from leaders of the Muslim community as measures are being put in place to prevent the practice of Lesbian, Gay, Bisexual, Transgender, and Queer (LGBTQ+) in the country.

Mr Kum made this appeal when he paid a courtesy call on the National Chief Imam, Sheikh Osmanu Nuhu Sharubutu on Monday to formally introduce himself as the newly appointed Chieftaincy and Religious Affairs Minister.

Addressing Sheikh Sharubutu and his advisors, the Minister said the LGBTQ+ activities does not only go contrary to the teaching of Islam but also the moral fibre of the country.

The Ahanta West legislator said dialogue about the issue should not be relaxed but must be undertaken conclusively to ensure that a sustainable outcome that will define the stance of Ghana on the matter.

“There has been some few issues that have exercised the minds of Ghana in the past few weeks, one of them has to do with this LGBTQ issues. I know that the Islamic community issue a communique. My office was served with that [communique].

The Minister also raised concern about the rise of money rituals which is leading some youth astray by forcing them to perpetuate heinous acts.

Thus, Mr Kum made a clarion call on the religious leaders to educate and advise their members particularly the youth on the benefits of hard work and the repercussions of ‘quick money.’

Acknowledging the contribution of the National Chief Imam in charitable projects to support the poor and needy, the Chieftaincy Minister donated a few items and an amount of GH₵ 5, 000 to facilitate impending programmes.

On his part, Sheikh Osmanu Nuhu Sharubutu pledged that the Muslim community in Ghana will perform its role to ensure that the moral standards of both the country and Islam is upheld and observed.

This, according to him will ensure the nation’s customs and values are preserved for posterity.