The German designer, who was the creative director for Chanel and Fendi, was one of the industry's most prolific figures, and worked up until his death.

Lagerfeld also designed collections for his own brand and collaborated with high street brand H&M.

The designer had been unwell for several weeks, and had missed a number of fashion shows.

Designer Henry Holland also posted a tribute on social media, using one of Lagerfeld's own quotes

Caroline Rush, chief executive of the British Fashion Council, said: "We are deeply saddened to learn the news of Karl Lagerfeld's passing today. His unrivalled contribution to the fashion industry changed the way women dress and perceive fashion. He inspired generations of young designers and will continue to do so." 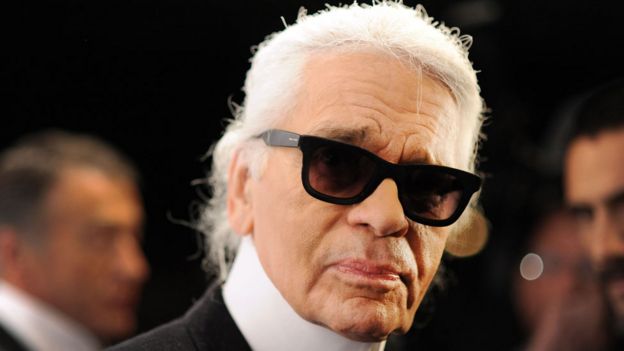 He was born Karl Otto Lagerfeldt in 1933 in pre-war Germany. Lagerfeld changed his original surname from Lagerfeldt, because he believed it sounded "more commercial".

He emigrated to Paris as a young teenager, and became a design assistant for Pierre Balmain, before working at Fendi and Chloe in the 1960s. 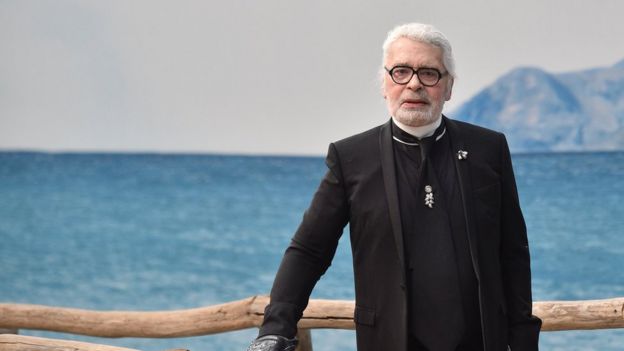 But the designer was best known for his association with the French label Chanel.

He began his long career with the fashion house in 1983, a decade after Coco Chanel died. Lagerfeld's designs brought new life to the label, adding glitz to the prim tweed suits the couture house was known for.

Lagerfeld worked tirelessly, simultaneously churning out collections for LVMH's Fendi and his own label, up until his death. 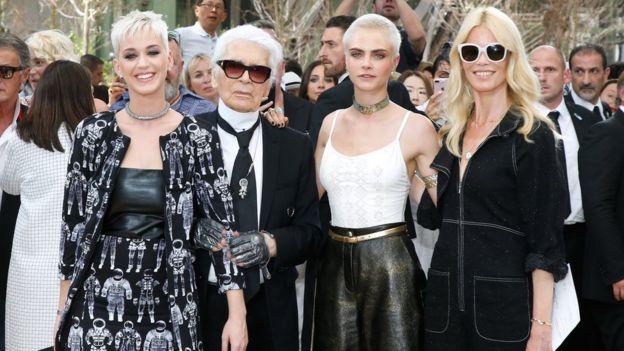 Image captionLagerfeld, seen here with Katy Perry (left), Cara Delevingne and Claudia Schiffer (right), was known for mingling with the young and trendy

He also encouraged new designers, like Victoria Beckham, who praised him for his kindness.

Lagerfeld was known for his distinctive look in his later years, regularly wearing dark suits, accessorised with a pony-tail and tinted sunglasses.