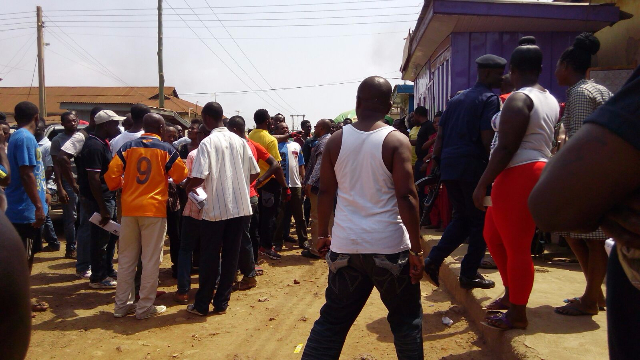 Police in the Eastern region are investigating a cutlass attack on an agent of the National Democratic Congress (NDC) during the Limited Voter Registration exercise at Abetifi on Friday.

John Teh who is the Party’s branch Youth Organiser got injuries on several parts of his body including his head and back.

“I was just there when one pick-up came and a certain woman just pointed at me and seven macho men came out of the car and started beating me," Teh narrated.

“They used cutlass, wood and other things. They used the cutlass to cut my head and my back,” he narrated to Joy News during an interview with Joseph Opoku Gakpo.

John Teh said but for the quick response of the police, the perpetrators would have gotten away.

Police in the area say they are investigating the incident, which they are treating as a criminal case without recourse to the political affiliation of the victim or suspects.

Meanwhile, the Electoral Commission (EC) has assured persons who had wrong dates printed on their new voter ID cards that the issue will be rectified in the data base.

The errors affected 31 people in total.