List of price increments that shook consumers this week 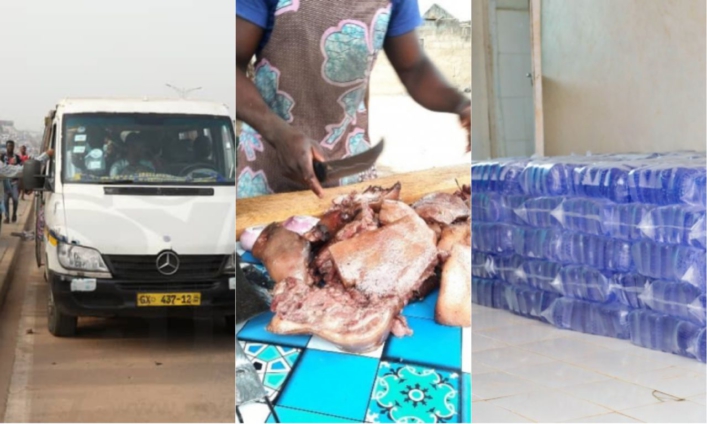 This week appears to have presented a tall order for the spending culture of Ghanaian consumers.

In the past five days, there has been widespread news about some possible upward adjustments that may affect spending.

For that matter, Ghanaians are already bracing themselves amid the already rising cost of living which the government has blamed largely on external factors.

This means that as the Akufo-Addo-led administration clamours for help to restore fiscal stability, the ramification on producers and then consumers are dire, leaving much to be desired.

Below is a list of the upcoming increments as proposed.

The National Association of Sachet and Packaged Water Producers (NASPAWAP) announced another upward increment in the prices of sachet and bottled water effective Monday, September 19.

According to the Association, a bag of sachet water, 500ml by 30pcs, is to be sold at ¢7 maximum from the retail trucks. Mini shops, however, will retail the commodity at ¢9 per bag maximum.

Users of public transport will from Wednesday, September 21, pay at least 30 per cent more following an upward adjustment in fares.

This was announced in a communique from the Ghana Private Road Transport Union (GPRTU) today, Wednesday, September 14.

According to the Union, the decision follows a successful consultation with its mother body.

But in subsequent correspondence, GPRTU’s Deputy General Secretary in Charge of Operations, Richard Yaw Amankwah explained that though it was planning to increase transport fares, they are yet to meet the Ministry of Transport to present their proposal for consideration.

Livestock: Pork prices to go up

Prices of pig products are going up by almost 20 per cent, effective September 20, 2022.

The cost of a kilogram of pork will increase from ¢14 to ¢18, according to the producer association.

Ashanti Regional Chairman of the Pig Farmers Association of Ghana (PFAG), Daniel Yaw Siaw, says the price hike is a result of the rising cost of feed, and diesel, among other factors.

Mr Siam noted that the industry needs the upward adjustment as part of pragmatic measures to salvage its operations.

He indicated that prices of pig feed have been rising, while farmers have had to battle the African swine fever.

Head of Insights at IC Securities, Courage Martey disclosed that inflation will go up again in September 2022.

According to him, the increase in utility tariffs which took effect from the beginning of this month will trigger a surge in inflation, a situation which will impact heavily on consumers.

DISCLAIMER: The Views, Comments, Opinions, Contributions and Statements made by Readers and Contributors on this platform do not necessarily represent the views or policy of Multimedia Group Limited.
Tags:
Price Increment
Sachet water
Transport fares