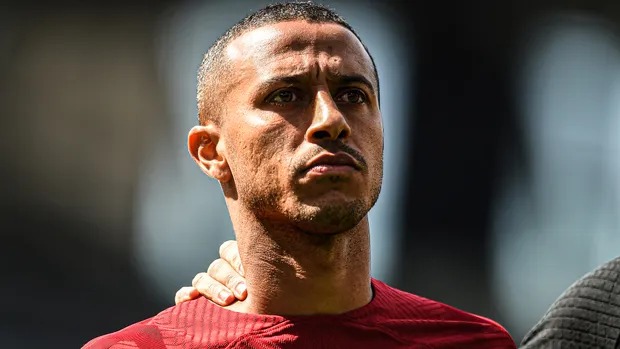 Liverpool midfielder Thiago Alcantara is set for a layoff after suffering a hamstring injury in the Reds’ opening Premier League game of the season.

The Spaniard lasted just 51 minutes of Saturday’s 2-2 draw with Fulham before being forced off, and an initial scan has since confirmed a hamstring strain.

Thiago will undergo a second scan later this week, with Anfield sources telling GOAL that any timeframe on his potential return will depend on how the 31-year-old responds to initial treatment and rehabilitation.

Which games could Thiago miss?
Thiago’s injury comes at a bad time for Liverpool, with a host of other first-team players currently sidelined.

And while there is no definitive timescale on his recovery – sources say it will be “weeks” but have suggested he could return swiftly if treatment goes well – he will almost certainly be absent for the rest of August, missing games against Crystal Palace, Manchester United, Bournemouth and Newcastle in the process. The Merseyside derby against Everton at Goodison Park on September 3 may also come too soon.

“This is not a good situation, I don’t like it at all, but we have to see how we react on that – but for sure not panicking,” manager Jurgen Klopp said after the Fulham match.

Klopp will welcome back Naby Keita and Kostas Tsimikas this week after illness and injury respectively, but is still without Curtis Jones, Ibrahima Konate, Diogo Jota, Caoimhin Kelleher, Alex Oxlade-Chamberlain and new signing Calvin Ramsay, as his headaches mount early in the campaign.