Living Standard Series: Mothers may serve ‘banku’ for Christmas due to cost of rice, oil 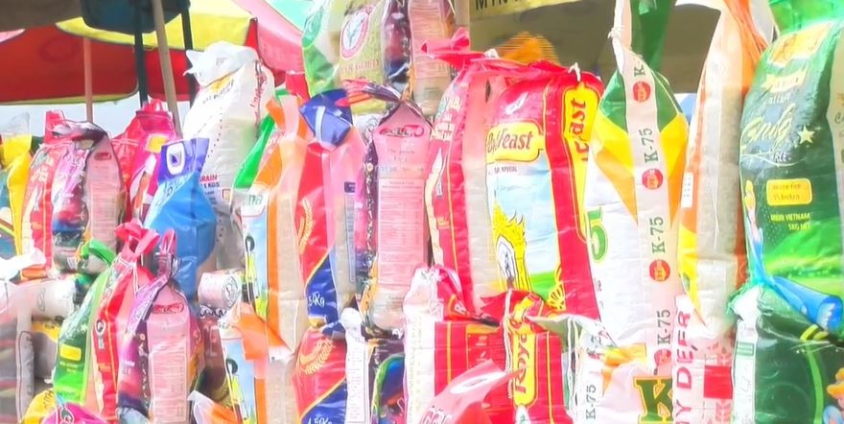 Prices of rice and cooking oil have been increased, forcing some mothers to adjust their home menu

The escalating food prices continue to rock the budgets in Ghanaian homes, and the trend does not seem to be easing anytime soon.

At the Makola market, oil and rice prices have doubled such that mothers are adjusting the menu ahead of the Christmas festivities to accommodate their diminishing incomes.

Bernice, a mother of six, is dazed by the racing prices of groceries at the Makola market.

She travelled from Pokuase to get some items for her home but realised her budget of a thousand cedis could only buy a few items off her list.

The situation left her frustrated and upset.

“The prices are now doubled and it is not good. I came with a one thousand cedis but I’ve only bought tomatoes, pepsodent – this pepsodent was ¢8 last week but it is ¢16 now. The tomatoes used to be ¢20 but they are selling at ¢60 now,” she lamented.

She had to get cooking oil, but her preferred size was unavailable. Her gloomy mood worsened.

According to her, the oil vendor said the price of the next consignment had already been increased even before it arrived in the shop.

So, Bernice would have to increase her cooking oil budget on her next market trip.

“Last week, I was here to get rice and oil – the sachet oil was ¢22 but today, she tells me it is ¢45. Look at what is remaining of the thousand cedis I came with… I hope it will be sufficient; otherwise, I will go home.”

Christmas is about eight weeks away, but Bernice says Banku may replace the usual rice meals if the prices on the market do not fall.

Banku is a meal from fermented corn dough. it is usually eaten with ground pepper and fish or with Okro stew.

The JoyNews Living Standard Series team met a 46-year-old single mother, Mabel Mensah, who was yelling at traders to cut down their prices.

She is also a trader and understands that fuel prices and the depreciation of the cedi have forced prices to rise but she believes traders are taking advantage of the current economic woes.

She explained that her budget for her groceries had tripled, especially oil and rice.

Food inflation is up by close to threefolds from 13.7% at the beginning of the year to 37.8% in September mainly because Ghana’s economy is import-driven.

The Makola market is no exception, both imported and local products have been bitten by the inflation bug.

But is it the case that traders may be modifying the prices? A cooking oil trader, Irene, lays the blame squarely at the doors of importers.

“The consumer thinks we are the cause but no. It is not us. I buy from an importer, the importer brings me price; I can’t sell below the importer’s price, it means that I am not in business.

Right now, we are selling to replace stock, not to make profit. It’s a big challenge and pathetic because we don’t know what the future holds for us. I can’t see a joyous Christmas coming,” she added.

Her colleague Victoria claims she had not increased her prices for a month because of her customers.

But then, the prices keep soaring. Victoria quotes her price to us.

“A gallon of oil now costs ¢950. This was ¢220 but now ¢400 – we are told it’s the dollar. Everyone says dollar; tomato is dollar, okro is dollar, kontomire is dollar so government needs to fix it.”

Prices of the same products in Victoria’s shop were a bit higher in another shop next to hers.

Joyce Boakye travelled from Suhum in the Eastern Region to buy rice for her shop but after a two-hour trip to Accra, she had to return because prices had gone up.

The mother of five said even in Suhum, living standards have soared.

“The cost of living is too high; life is not easy. Two of my children are on their way to the university. If I should take a loan, how will I pay? Even for a working woman like me, it is not easy; so imagine those without work – how will they survive?

Government should do something about it. We are hoping that by Christmas, things would change,” Joyce noted.

Martin manages Elike Trading with her sister. For 10 years, they have been retailing rice, sugar and oil.

Their shop arguably pegs prices at a reasonable level. But they have also been compelled to increase their prices.

Some of their customers no longer patronise them.

“Things are difficult these days even for retailers because if your customers cannot afford your goods, how would the business grow? Our prices range between ¢350 and ¢600 per bag of rice.”

DISCLAIMER: The Views, Comments, Opinions, Contributions and Statements made by Readers and Contributors on this platform do not necessarily represent the views or policy of Multimedia Group Limited.
Tags:
Christmas
High food prices
Living Standard Series
Makola Market