Lizzo says ‘nothing changed’ when she became famous: her ‘anxiety and ‘depression didn’t go away’ 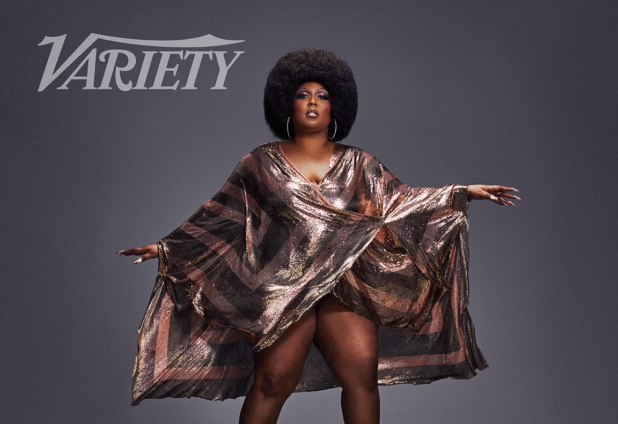 Lizzo is getting real about living under the spotlight.

During a cover interview story with Variety on Wednesday, the star opened up about various topics ranging from breaking stereotypes to living under the spotlight.

When asked to reflect on what it was like becoming known, Lizzo, 33, said, “Fame happens to you.”

“It’s more of an observation of you. People become famous, and it’s like — my DNA didn’t change. Nothing changed about me,” the “Rumors” singer said. “My anxiety didn’t go away. My depression didn’t go away. The things that I love didn’t go away. I’m still myself. But the way y’all look at me and perceive me has changed. It’s a very weird, kind of formless thing.”

She also clarified that she didn’t “want to seem ungrateful” but that this is a topic she’s previously discussed with her therapist.

“Most famous people have been famous just as long as they’ve been a person, so they have acclimated more to it. I was going into dive bars and getting s—faced in 2018. And nobody knew who I was, and nobody was bothering me. By 2019, I noticed I couldn’t go to restaurants with my dancers and stuff,” she said.

Discussing an episode in her upcoming Amazon Prime show titled Big Grrrls, the singer opened up about breaking the stereotypes surrounding plus-sized women and their performance abilities.

“I don’t think they’re doing it maliciously,” she said. “I definitely think they’re conditioned to believe that bigger bodies don’t have enough stamina to perform at the level that I do.”

She added, “for decades, we have been depicted on television and in movies as “lazy,” and huffing and puffing while the other thinner characters are jogging. It’s fine. It’s a stereotype. I ain’t new to stereotypes. But what I’m trying to do is dismantle every stereotype that I have the power to do. I’m destroying them by just living and being incredible all the time.”

Earlier this month, Lizzo shared a thoughtful Instagram post on self-love alongside a clip showcasing her embracing her fully nude body.

“Take a moment today and think about the conditions we hold so tightly to that keep us from the freedom of true love. Do you really wanna be so tightly wound? Free yourself in love. You deserve it,” the “Truth Hurts” singer continued.

DISCLAIMER: The Views, Comments, Opinions, Contributions and Statements made by Readers and Contributors on this platform do not necessarily represent the views or policy of Multimedia Group Limited.
Tags:
Lizzo
Variety