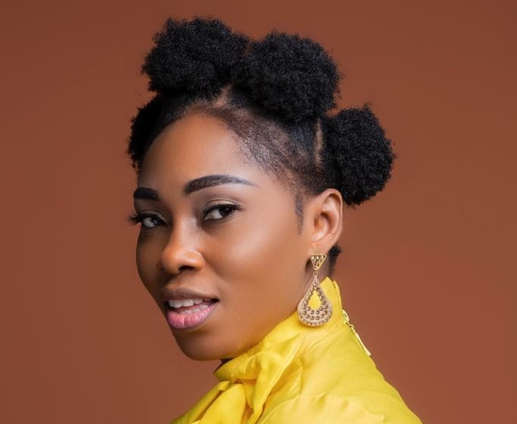 The song depicts the power of God and praising God for his supremacy for being the Lion of Judah, which translates as ‘Judah mu gyata’ in the Akan language.

Speaking in an interview on Daybreak Hitz on Hitz FM, Lizzy, who released her last album in 2010, said she had to take a long hiatus to focus on her banking career and family.

She said she is back for good hence her latest single Judah Mu Gyata.

Lizzy Ntiamoah isn’t a new face on the Gospel scene but her long hiatus after releasing 3 albums was for a good cause.

Last year she released a single dubbed Nyame Ye to announce her comeback into the music sphere.

Spanning for about two decades, Lizzy has been a lead singer in her church, Victory Bible Church International in Awoshie.

Her service and song ministration in the church has gone a long way to help her home her craft in music as one of the finest gospel voices for the country.

Born as “Elizabeth Okrah” on October 26th, the ever-young singer is joyfully married with 2 children.

The young gospel musician writes her own song and is very determined and committed to promoting God’s work with the power of her voice.