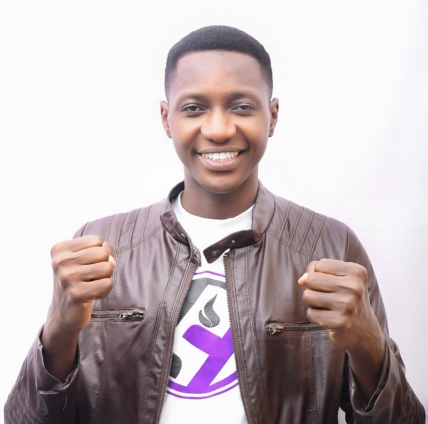 God demands thanksgiving from believers not only during the honey and milk time of life but even more so at night time when life takes you on an unexpected detour and you can’t see your way clear.

It is that kind of thanksgiving in your deepest time of affliction that multiplies ‘five loaves of bread and two fish’ into a thousand more loaves.

In his deepest moments of afflictions, great songs of thanksgiving welled up deep within his soul and with his songwriting gift and a soothing powerful voice, Lordable Holm together with his team put together solid tracks of thanksgiving as a testimony to God for coming through for him.

That sums up the Night of Thanksgiving and Testimony (T&T2022) by Lordable Holm Ministry, a live video recording concert at the Restoration Temple of the International Central Gospel Church, Osu.

It was an awesome night of praise, thanksgiving and testimony to the Lord by the worship sensation, Lordable Holm and friends whilst still outdooring what may well be some of the great gospel bangers of our time.

One after the other, Lordable sang and recorded great, danceable tunes of praise and thanksgiving all of which left patrons at the Restoration Temple standing for hours, singing and gesturing for more praise.

Known largely for his soft, spirit-filled worship ministration which found expression in his two singles, ‘My Light’ and ‘I long for you’, Lordable Holm gave another side of his ministry, a powerful thanksgiving offering delivered in words and rhythm to the Lord God Almighty.

He was in a different mood altogether, one which can only be triggered by bouts of thanksgiving to the Lord.

With the powerful backing vocalists, great instrumentation, coupled with an awesome lighting system, all songs were recorded and captured live on selected TV stations.

Lordable Holm in an interview said the songs will soon be out on the market and on the airwaves as well as in churches for all to sing in praise and thanksgiving to the Lord.

Even though the Live recording concert had at least nine songs performed, Lordable says the album when released may contain more songs than what was performed.

In keeping with the theme of the programme, there were powerful testimonies from patrons and some of the backing vocalists about how God had come through for them in very difficult situations.

DISCLAIMER: The Views, Comments, Opinions, Contributions and Statements made by Readers and Contributors on this platform do not necessarily represent the views or policy of Multimedia Group Limited.
Tags:
International Central Gospel Church
Lordable Holm
Thanksgiving Service