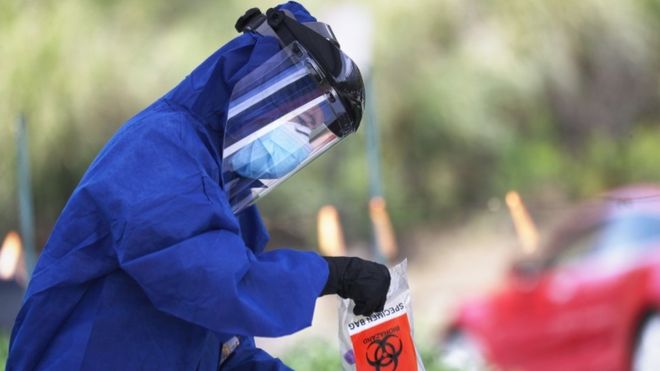 The Lower West Akyem municipality of the Eastern Region, has recorded its first case of Covid-19.

A 34-year-old woman living at Pabi, a village near Asamankese, the municipal capital, tested positive for the disease caused by the novel coronavirus, JoyNews’ Regional Correspondent, Edwin Kofi Siaw, has reported.

She has no travel history, the reporter added.

The victim has since been quarantined while samples have been taken from 10 of her immediate family members and sent to the Noguchi Memorial Institute for Medical Research (NMIMR) for testing.

The Eastern Region has the third highest confirmed cases of 57, after Greater Accra and Ashanti who have recorded 1,347 and 69, respectively, as of Sunday, April 26, 2020.

According to Health Service’s latest update, the Western and Western North are regions with the least cases recording one each while four other regions -Savanna, Bono, Bono East and Ahafo- are yet to record a case.