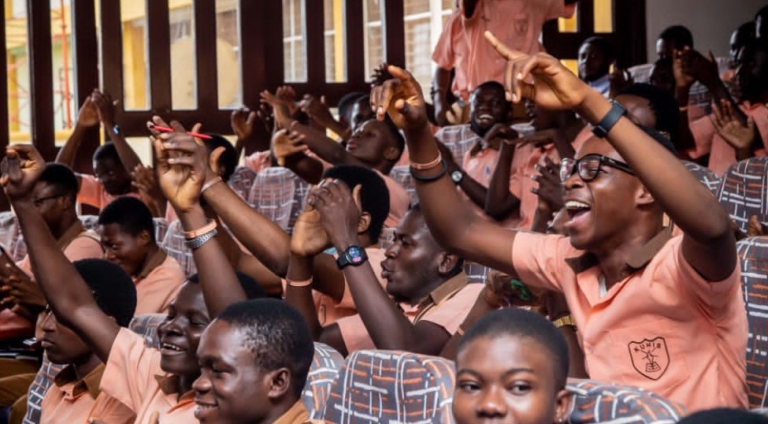 The 2021 winners of the Luv FM High School Debate have been kicked out of this year’s competition by Kumasi High School after the two came head to head in the first quarterfinal clash on Friday, July 1.

Debaters battled in turns on the essence and relevance of social media involvement by political leaders.

After rounds of oral battles on the motion, ‘It is necessary for political leaders or diplomats to be active on social media,’ the contest ended with St. Monica’s Girls garnering 254 points as against Kumasi High School’s 265 points.

Lisa-Marie Occansey of St. Monica’s SHS won the ‘Best Debater of the Day’ award despite her school being eliminated from the race.

Her thought-provoking banters left the judges and audience dazed.

The former champions say they will bounce back stronger in the next edition of the debate.

“I did my part so I will never complain about it. They did their part but we still had a better shot – but better luck next time. You will see us next year definitely. We are coming back fiercer,” Lisa-Marie emphasised.

The Luv FM High School Debate is aired live on Radio and Facebook at Luv FM and on Joy Learning and Joy Prime on TV.

Below are more photos from the contest: