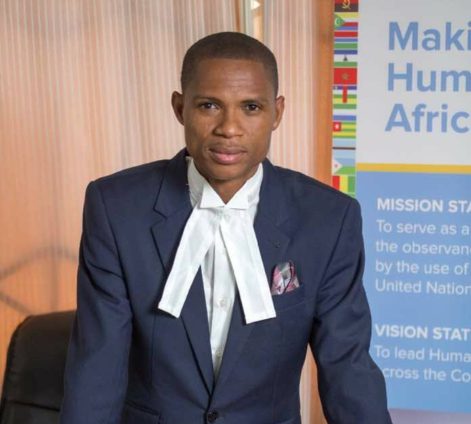 Lawyers for Madina MP, Francis-Xavier Sosu have filed for a Stay of Execution at the High Court to set aside the bench warrant issued on November 29, against the legislator.

Also, the legal team on Tuesday, November 30, filed an application for an order to rescind the warrant issued by the Kaneshie District Court for his arrest.

The Kaneshie District Court issued a warrant for the arrest of the Madina MP for failing to appear in court for the third time since criminal charges were filed against him.

The legislator, who is accused of unlawfully blocking public roads and causing destruction to public property during a street protest in a press statement stated the two legal actions seek to address the “unlawful” and “unreasonable” warrant issued against him.

He wants the criminal summons to be set aside on grounds of “illegality, lack of procedural fairness, and unreasonableness contrary to the 1992 Constitution.”

Both applications have been served on the Attorney-General, the Ghana Police Service and Prosecutors in the case.

According to the MP, his arrest warrant comes as a surprise since his lawyers on Monday, November 29, filed an application for Stay of Proceedings and an order to set aside the criminal summons that was issued by the court after failing to be in court due to Parliamentary duties outside the country.

Also, because his lawyers informed the court that his recent non-attendance was due to his presence on the Constitutional, Legal and Parliamentary Affairs Committee which was considering memoranda from the public in respect of the Promotion of Proper Human Rights and Ghanaian Family Values Bill, 2021, which was broadcast live.

“I maintain that I have not committed any crime and will not subject myself to any unlawful arrest, detention and malicious prosecution, which is why I have resorted to the law courts for the prosecutions against what I see clearly as state-sponsored needless interference with my work as a public interest and Human Rights lawyer and advocate and a Member of Parliament of the Republic of Ghana.

I consider the conduct of the Police which is blessed by the Kaneshie Court as a serious breach of Article 122 and would at the appropriate time invoke those laws,” the MP added.

JoyNews reports revealed that Prosecutor, ASP Sylvester Asare told the court that the MP cannot send someone to represent him in a criminal matter and it was clear that for such a criminal matter, the court had the discretion to issue a warrant for his arrest.

The magistrate handling the matter, Oheneba Kuffour, therefore, issued the warrant for arrest, noting that, “there is too much deception in the system.” He then adjourned the case to January 12, 2022.

Meanwhile, Mr. Francis-Xavier Sosu has claimed that his life and those of his family are at risk due to “strange men following me and seen around my residence and office areas.”

“I wish to remind the President of the Republic of Ghana and the Ghana Police Service that as a statesman serving my nation in my capacity as a Member of Parliament, my personal security and security of my family should have been their concern.

Obviously, the treatment by the Police administration and the current Bench Warrant in the face of the above facts show that there is an attempt to obstruct my duties in clear violation of the 1992 Constitution,” he continued.

Below are the two applications filed by lawyers of the Madina MP, Francis-Xavier Sosu:

DISCLAIMER: The Views, Comments, Opinions, Contributions and Statements made by Readers and Contributors on this platform do not necessarily represent the views or policy of Multimedia Group Limited.
Tags:
Francis-Xavier Sosu
Kaneshie District Court
Madina MP