Magnus RexDanquah: My faith and belief in the Ghanaian dream as I live it in 66 years and counting - MyJoyOnline.com

Magnus RexDanquah: My faith and belief in the Ghanaian dream as I live it in 66 years and counting 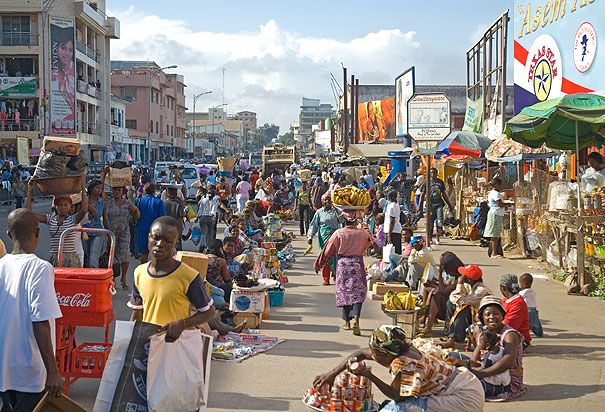 My senior brother, Albert who has been domiciled in the United States of America for years, wrote this about me on my 62nd birthday, four years ago…

“REXDANQUAH, as most people call my brother is 62 years old today. So what do I see as I look at him?

I see someone who has accomplished a lot. The odds were not in his favour. Without parents to provide guidance and mentorship, our mom died on February 7, 1959, two days before his 4th birthday, and our dad died after his thirteenth birthday, my brother has succeeded against the
odds.

I doubt anyone would have given him a ghost of a chance to come this
far!

Friends of mine who know him, and witnessed at first hand his rise to
prominence marvel at his incredible success. They ask if my brother had lived abroad for any length of time, and my answer has always
been no. It is as if they could not envisage a home-grown success.

Rex had a dream, an idea if you insist, nurtured it, and with discipline and dedication built a vehicle to deliver his dreams. My brother’s life exemplifies to me how to live a disciplined life.

My brother is powerful, not in terms of the subjective and superfluous criterion of stature, but the influence he has on all who come into contact with him.

Age has not slowed him down much; he still pulsates with vigor and energy!

Rex approaches everything in a rigorous and methodical way. It is exciting to watch him provide structured explanations to complex problems others found difficult to solve or witness an hour or more of extemporaneous presentation to stakeholders.

With his enquiring mind at work, he absorbs all the many facets to a problem, working through possible solutions, and in the end extending the possibilities that expand opportunities and connections beyond their perceived boundaries!

Rex, with age, has demonstrated a life-long commitment to serving humanity, and endless quest to making a difference in the lives of others. The Socratic critique: “the unexamined life is not worth living,” has been his guiding principle, which to him means pausing every so often on this journey called life to reflect and examine if he had positively affected the lives of others.”

Lepowura Alhaji M. N. D. Jawula says, “As the slave driver behind the success story of the 26th MTN Africa Cup of Nations, CAN 2008 Ghana, I found in him a very sincere and honest broker.”

Another senior of mine, once said, “You mention RexDanquah, and they say you are controversial. Yes, because your presence is felt everywhere and you have a Midas touch.”

My classmate and former, Headmaster of Mfantsipim School, Koame Mieza Edjah, says this about me: “You have been a single-minded person since Mfantsipim School days, with your resilience, kindness, thoughtfulness, intelligence, winning smile, charming personality and commitment to doing things to brighten the lives of others; and I ask the Lord God Almighty to continue to guide you, strengthen you, as well as give you the patience and understanding of the doings of men.”

Indeed, knowing what it is to be an orphan gave me a new heart and by this, I have always led my children to go to orphanages to lend support. I made it compulsory that we spend time to weed and clean surroundings of some homes and then have lunch with the orphans, where my children and I serve them and wait on them to finish, clean the place before we sit down to eat ‘same” food.

During my 40th birthday in 1995, I was in Freetown, Sierra Leone on business, having taken the capital city by storm and winning consultancies which hitherto was the preserve of a certain class; and a lot of local businesses have been wondering how I could achieve that.

I invited the children of all foster homes in Freetown and its environs to my house, bought the children toys and hosted them to a luncheon.

Later in the night when we were cleaning up, my landlord came to me, quite excited and told me, “We now know your secret to success, nobody has done this in Freetown and how some of the businesses we won contracts against have been planning, consulting oracles and fetishes and wonder why you are still as you are? But if you live your life like this, you will always prosper.”

What he didn’t know was my own childhood experiences…and truth be told, within that period, I suffered lots of near-fatal food poisonings.

The summary of all these is what I define as the GHANAIAN DREAM, where everything is possible, even for an orphan at the age of 13 at such a school as Mfantsipim in those days. As my brother stated, his friends cannot envisage a ‘ HOME-GROWN SUCCESS ’ as me.

I have always believed that EVERYTHING WAS POSSIBLE in our days, where after form 5, GCE Ordinary Level one could get a decent job to do in then Ghana, after Sixth form, GCE Advanced Level, one could get a much better job opportunities to pick from.

At the Unity Hall of Kwame Nkrumah University of Science and Technology (KNUST) in the seventies up to late Col. Kutu Acheampong’s era, things were still great, university graduate could get a great job with a bungalow and car to go with it and a salary that after everything else one could still afford to save some. We were served snacks at lectures twice, morning and afternoon.

SO WHERE DID WE GO WRONG AS A PEOPLE AND AS A NATION?

Why have we been so docile to allow our leaders to lead this once-great nation astray onto a path, which barely provides hope for the youth? Why do we live ourselves as if only our nuclear families matter most and above all else and that nobody else matters with all these natural and mineral resources?

Why do we stand by to allow our leaders to take us so much for granted?

Unfortunately, I cannot yearn for those days that I had fortnight pocket money of twenty pesewas at Mfantsipim School as part of our school fees, and I could walk into a post office to order toys and things that at my age then I craved from a shop in London called LASKYS and with time, what I ordered would come and be delivered to me at the School. Funnily, there was still balance to post letters and buy sweets.

Whatever the situation is, we should never let our people see HOPELESSNESS as the norm; and think that the unsanitary surroundings are also the norm; or lack of toilet facilities is the current norm; or dumsor as the other norm; especially where in Axim then where I attended primary and middle schools, we could still do with a diffusion box for radio and a kerosene lamp post to lit the night for us to celebrate the KUNDUM FESTIVAL and not really care about who was in Accra running the government.

Sure, this is a fair request to ask of our district, regional and national leaders, irrespective of which party is in power; surely we can redefine the new GHANAIAN DREAM and provide hope for our people; otherwise a VILLAGE BOY like me could not have dreamt and become an ICON in modern-day Ghana.