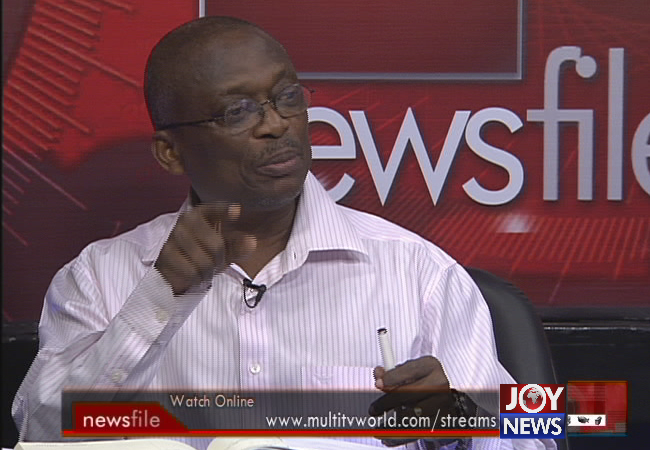 Over the weekend during a unity walk held by the opposition National Democratic Congress (NDC) in the Central regional capital Cape Coast, former president Mahama condemned the president for not relieving the High Commissioner of his post after he made the comments widely condemned as unsavoury.

Although Mr Ayisi-Boateng has apologized for the comments, Mr Mahama said the apology was not sincere.

He suggested that the apology letter in which Mr Ayisi-Boateng said he regretted “the effect of my speech delivered to the young party members which has generated public outcry,” was not authored by the High Commissioner.

“The President seems unable to take firm action in anything. When I talk about the President not putting his foot down, we have a constitution and the constitution is the supreme law of the land. If you are a party officer, you can say whatever you want, there is no problem,” he said.

“You can say all jobs should go to NDC people before it goes to NPP people, if you are Allotey Jacobs (NDC Central Regional Minister). The government doesn’t pay you, taxpayers don’t pay you and you haven’t sworn an oath to anybody. But [not] when you are appointed as a High Commissioner and you swear an oath to the constitution of Ghana which says there shall be no discrimination and you shall do justice to all manner of persons.”

But speaking on Peace FM’s morning show ‘Kokrokoo’, Kweku Baako questioned the former president’s locus in commenting on the issue, especially when similar incidences occurred during his tenure yet he did nothing about it.

Siting incidences that occurred under the Mahama-led administration, such as Joseph Yamin’s comment in 2014 that only supporters of the NDC will be given the chance to travel to Brazil to support the Black Stars during the World Cup, Mr Baako questioned what then president Mahama did about this comment.

”After Yamin made those comments and we went to Brazil and failed, what was done not him, he was reassigned as Deputy Ashanti regional minister. So if you’re a former president and you want to mark a sitting president depending on the issue and you lift that issue to show that your conduct or handling of similar issue was superior, then we are entitled to do a comparative analysis of how you handled yours and how the present one is handling his.

“So it is the last thing that the former president should have touched on and even if he did, to say that the president has failed in discharging his duties by not sacking Mr Ayisi-Boateng", in Kweku Baako's view, is hypocritical because a "similar thing happened under you… what did you do”?

The Editor-in-chief of the New Crusading Guide newspaper said former president Mahama had the responsibility to discharge a certain verdict, yet he didn’t and he is now attacking the sitting president.

This, he said, "Hypocrisy personified.”