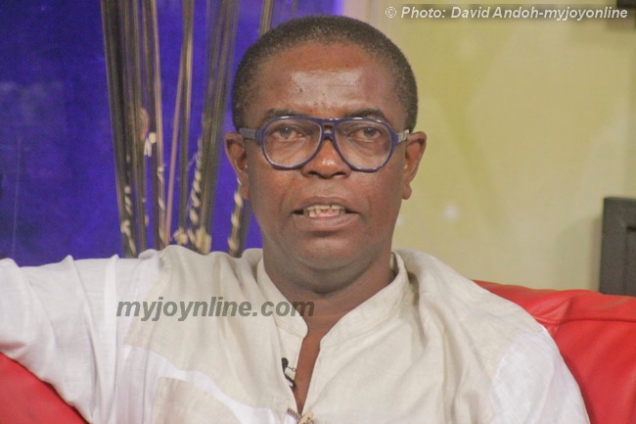 Kwesi Pratt, managing editor of The Insight newspaper says President John Dramani Mahama is equally liable for what has been christened a culture of lies creeping into the country's political culture.

Former Rector of the Ghana Institute of Public Administration (GIMPA) Prof Stephen Adei said the president, his ministers and the media have been peddling lies to the people of Ghana.

"I said the president, minister and everyone are lying. This country seems to be getting a culture of lies to each other and the media unfortunately are spearheading it. It is not only the president. There is too much lack of candour in our system and it is hurting us," he told Joy News' Francis Abban in an interview.

Citing President John Mahama's comment on the economy, Prof Adei said it was clearly wrong for the president to claim that Ghana's economy is doing well.

"Everyone on the street knows that the economy is not in a good shape…We cannot be told that things are easy when things are hard," he stated.

While stressing that Prof Adei's accusations are a bit problematic, Kwesi Pratt Jnr faulted the president for trying to do the impossible without achieving any success.

Speaking on Alhaji and Alhaji on Radio Gold Saturday, the Insight newspaper editor said what professor Addai said is a bit "problematic."

"In all honesty, I think the president too should take the blame," because the president "ought to be told in plain language that it is not possible to ride two horses moving in opposite direction at the same time with any measure of success."

According to him, for some time, President Mahama has been attempting to do the impossible by riding two horses moving in opposite direction at the same time and "this is a huge problem that he has to grapple with."

Kwesi Pratt said the president must understand that he is engaged in a political project which involves shared visions, shared commitments and he "needs to understand that it is possible that there are people in other political parties who have the technical knowhow who can assist him to achieve this objectives."

He noted that the president risks crippling his own administration and "destroying the party on whose ticket he also elected," if he stretches a hand of corporation to those who do not share his vision.